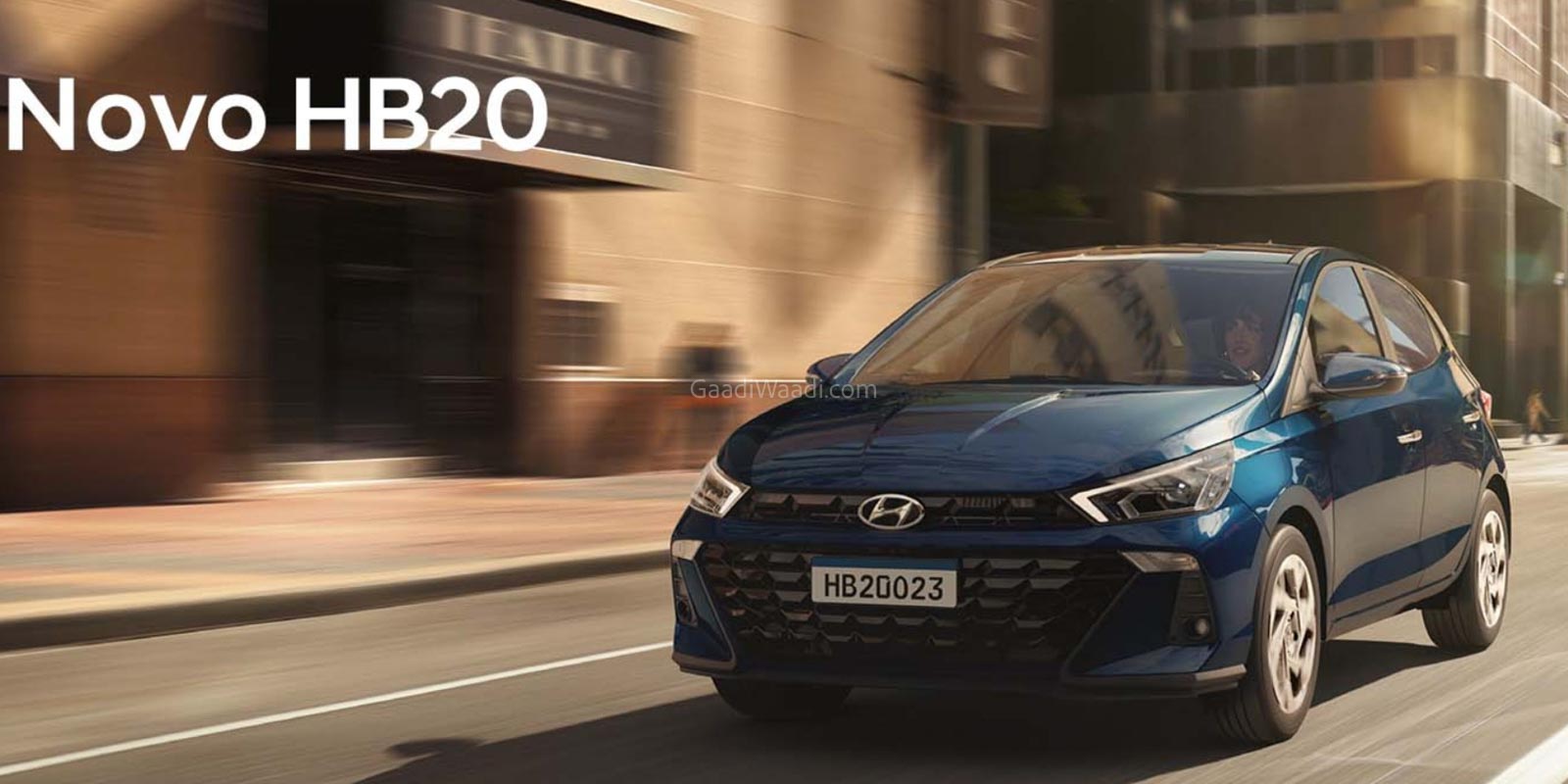 Hyundai introduced the updated version of the HB20 to the Brazilian market with a host of design changes. The HB20 is unlike any other Hyundai on sale as it is specifically developed for Brazil and has its lineage with the high-end i20 hatchback. The 2022 Hyundai HB20 is a supermini and was first released ten years ago and it has always been a hit.

The latest generation of the Hyundai HB20 debuted in Brazil three years ago and now the facelift comes in response to growing competition with interior and exterior revisions. The best-selling model in its segment is in line with the latest Sensuous Sportiness styling philosophy followed by the brand globally and the influence of the i20 and the latest Venue sold in India is clearly visible.

The South Korean auto major has only unveiled images of the new HB20 and in the near future the HB20X crossover and HB20S sedan will likely get similar updates. The front fascia of the 2022 Hyundai HB20 features a redesigned grille and bumper with prominent black inserts while the side air intakes are also similar to those of the i20.

Along with the revised grille, bumper and fog lights that make it sportier than the outgoing model, the Boomerang-shaped integrated LED daytime running lights, modified bonnet structure, newly designed 16-inch wheels and a all-new rear profile adds to the shine. The rear features new LED taillights joined by a thick LED strip spanning the width of the vehicle.

It more or less adheres to the taillight design of the updated Venue compact SUV, which was introduced only a few weeks ago in India. The rear also gains a new tailgate and updated badging and bumper. The interior gets a new fully digital instrument console, rear view camera, wireless charging facility, latest BlueLink connectivity, leather and fabric upholstery and more.

For added safety, it benefits from six airbags as standard along with ESP, TC, HSA and a suite of ADAS technologies enabling Rear Cross Traffic Alert, Lane Keeping Assist, blind spot monitoring, etc. It is powered by a 1.0-litre NA petrol and 1.0-litre turbo petrol engines with five-speed MT, six-speed MT and six-speed AT being the transmission choices.