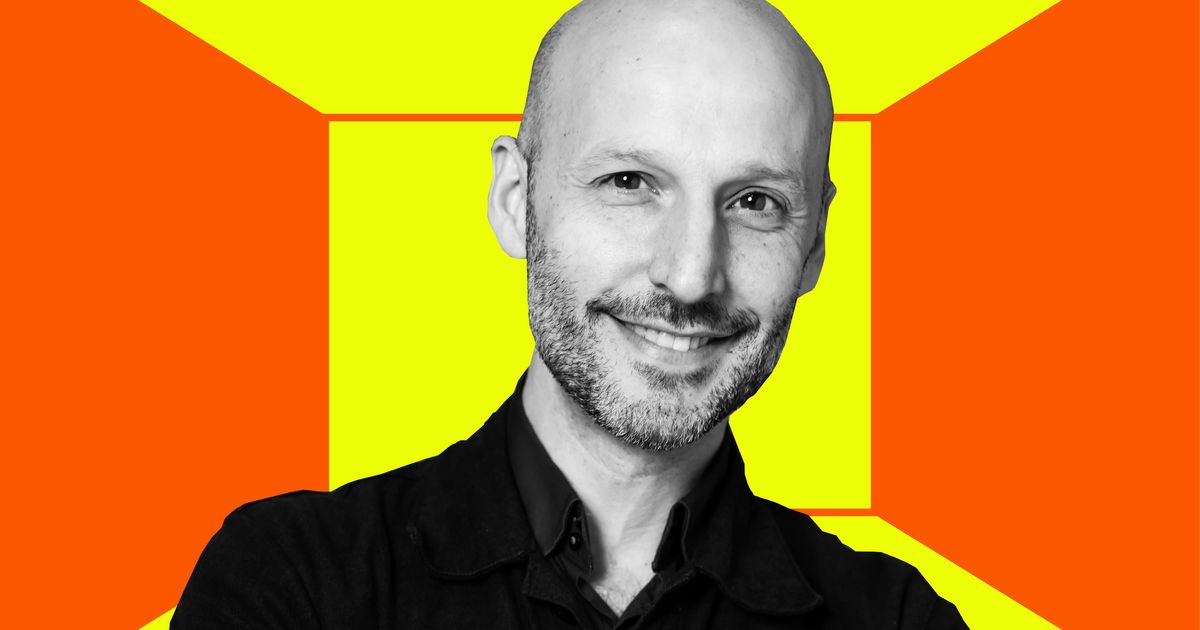 New York’s “21 Questions” is back with an eye on creative New Yorkers. Glenn Adamson is a leading craft historian and former director of the Museum of Arts and Design. He recently published Objects United States: 2020 and Postmodernism: style and subversion, 1970-1990. His latest exhibitionThe new figureis on view at Friedman Benda until April 19.

What’s hanging above your couch?
A painting by Merlin James. It’s a sandpiper on a wet beach, but it also seems to obscure most of the history of 20th-century art. It’s one of those paintings that I can look at every day and see something else in it.

What was the first job you had in New York?
I worked at a craft store on Seventh Avenue in Brooklyn called Clay Pot. I sold pottery, glass and scarves. When I got the job, I had just graduated from college. Right now, I’m drinking from a mug I bought at the Clay Pot, probably in 1994.

What color are you always drawn to?
I’ve always thought the color pink just holds multitudes in terms of its relationship to ideas of queerness and gender history, but it’s also a very interesting art historical color. I actually had an Instagram account with my girlfriend Sarah Archer, a Philadelphia-based design writer, named Unthink Pink.

What art or artifact are you most surprised to own?
The video for “Love Shack” was shot in my backyard, and we have a plaque showing the house, and it says “Love Shack was filmed here” with a picture of the house. Phillip Mayberry and Scott Walker, the people who built our house, were potters and friends with the B-52s, and they
had this old hippie shack that they painted in this absolutely amazing way. They ended up demolishing that house, but some of their fantastic tiles are still in ours. I loved B-52s when I was in high school, and if you told me back then that I would live on the site where the video was shot, I wouldn’t believe it!

Which New Yorker would you like to date?
Laurie Anderson. She crosses all genres of concept art, music and performance – all things that interest me – and was three steps ahead of everyone at every stage of her career. It would be interesting to talk to him about his very first performances Duets on ice, where she played the violin while carrying a pair of skates frozen in a block of ice. I wish I knew what it was just as the ice melted and the metal of the skates hit the concrete under it. How did the public react to this? Saw her show at the Hirshhorn which was a lot like hanging out with her. I felt like I was walking through his brain. I think that’s how she designed it.

What’s the last thing you did with your hands?
I play music. I’m not a crafter at all, and I consciously avoid crafting things for reasons you might imagine. My instrument is called Uilleann pipes, which is the national bagpipe of Ireland. It is quieter and a more melodic and musical experience than Scottish bagpipes. I played for 30 years but recovered a lot during the pandemic. I have a house up north, so I can play without worrying about annoying the neighbors.

Is there something you have multiple versions of?
I have a lot of ceramics, as you can imagine. Our regular “eat all day” plates are all Heath ceramic. I have several bowls from Warren MacKenzie, each of which is unique and at the same time expressions of the same thing. I find ceramics fascinating because of the multiplicity you get with it. Something about the way the ego is suppressed through many pottery objects really, really appeals to me.

Which museum in New York do you always go to?
The Noguchi Museum of course. Stealing an idea from Dakin Hart, who’s a curator there, kind of doesn’t need you. Other museums, like even the Metropolitan, only make sense when filled with visitors. The Noguchi Museum is already perfect and eternal and feels outside of the fortuitous flow of visitation, marketing and exhibitions that come and go – all the things we tend to think of museums as. He floats away from it all because of the way Noguchi imbued the space with these prime qualities. For me, it’s as close to New York as you can get to Stonehenge or Machu Picchu.

Where is the best view in town?
Isn’t that strangely BQE? I’m thinking of a stretch where you come from Queens to Brooklyn. When Frank Lloyd Wright arrived at Yale, someone asked him where he would ideally like to stay while on campus. He famously said Harkness Tower – which is this tall neo-Gothic tower – “because I don’t have to look at it.” That’s really the feeling I get when I’m driving on the BQE and looking at the Empire State Building.

What building or object do you want to redraw each time you see it?
Obviously I have a very affectionate relationship with the Museum of Arts and Design, which I used to run, but the building is locked in an ongoing struggle with itself between the new Allied Works architecture and the now defunct Edward Durell Stone architecture. The building has big bones in terms of its shape – that nice curve on the front – and the amazing ceramic tiles, and the slits that Brad Cloepfil put in for the light. But it’s so hard to navigate because all you have is this elevator core, and it just takes forever to get it up and down. There is no lift because there is no room for one. I don’t think Stone’s design was a very satisfying building, mainly because the patron, Huntington Hartford, was so eccentric and was more interested in shutting the city down than opening up to it. Cloepfil had a very difficult situation to deal with. But just like many buildings that have been adapted, it looks like a skeleton trying to get out of a closet.

What is one thing you would change in your field?
By interpreting my field as a craft, what I would change is that people don’t feel so anxious all the time. Historical marginalization—sexism and racism and lower status in the arts—has often characterized the field. This generated a lot of resentment and insecurity. Today, the art world and even the world of mass production can’t seem to get enough of craftsmanship. There is always this perpetual feeling of dissatisfaction. I would love to see the crafting world be able to kick back, relax, and just enjoy all the compliments.

If you could live anywhere in New York, where would it be?
My partner and I thought about moving to Harlem, in part to see the city from a new perspective from the north. There is an incredible history of music and art, and the Cloisters would be so close.

What would you do in reserve if it ceased to be produced?
Apart from toilet paper? This is the real answer, whether anyone admits it or not! But if there was an apocalypse, I think what I would miss the most is music and podcasts. If there was a way to store them, I would.

What do you do to get out of a creative rut?
I don’t really do creative ruts. I’m just going to agree to write on a new topic. That’s what I love about being a freelance writer and curator. It’s a great line of work for a distracted mind. Having a palette of different types of work that I do throughout the day means that I don’t find myself in a dip that I can’t get out of.

Where was your first apartment in New York and how much was the rent?
When I worked at the Clay Pot, I lived in an attic apartment on 3rd Street in Park Slope. I think it was around $500, which seemed really, really expensive. The rent took most of what I earned.

Where in the city do you go to be alone?
I don’t really like being alone. When you’re a writer – and perhaps this is true for artists as well – you get more than enough of your own company. The version of being alone that I do is to go to Prospect Park with my dog, Annie.

Worst career advice you’ve ever received?
Don’t use your email as a to-do list, the idea being that you’re constantly responsive to what others expect of you. I spent a lot of time trying not to before realizing that in reality email was an incredibly sensitive record of my entire community of co-workers and it was perfectly fine to do so. It massively boosted my productivity. I may hold a minority and unpopular opinion, but I am an advocate for the much-unloved benefits of email.

What have you given someone that you wish you could get back?
I wrote and illustrated a children’s book for my nieces. To back up a step: I tried to write poetry, but what came out of it was an absolute ass. It was terrible as poetry, but it’s a good start for a children’s book. It was called The impossible circus, and I spent a lot of time drawing and coloring. I don’t regret giving it to them because that was the whole point, and they really appreciated it. Now that they’re 21 and 18, it’s probably somewhat neglected on a shelf. And I’m aware that I don’t have it.

What is your favorite restaurant in NYC and do you order regularly?
It’s called La Mela, and the nice thing is that you don’t order; they just bring you food. It’s in Little Italy, and it’s the kind of place that, unironically, has a lighted phallus hanging from the ceiling that they light up for happy birthday songs.

What descriptive phrase do you want on your obituary?
What would make me really happy is if he said, “Brother of Peter Adamson, noted historian of philosophy, dies at 99. I have an identical twin brother, and he is the father of the aforementioned nieces. He lives in Munich, where he teaches and hosts the podcast The history of philosophy without gaps. I’m so much more proud of what he does than what I do. I would like to be remembered as his biggest fan.