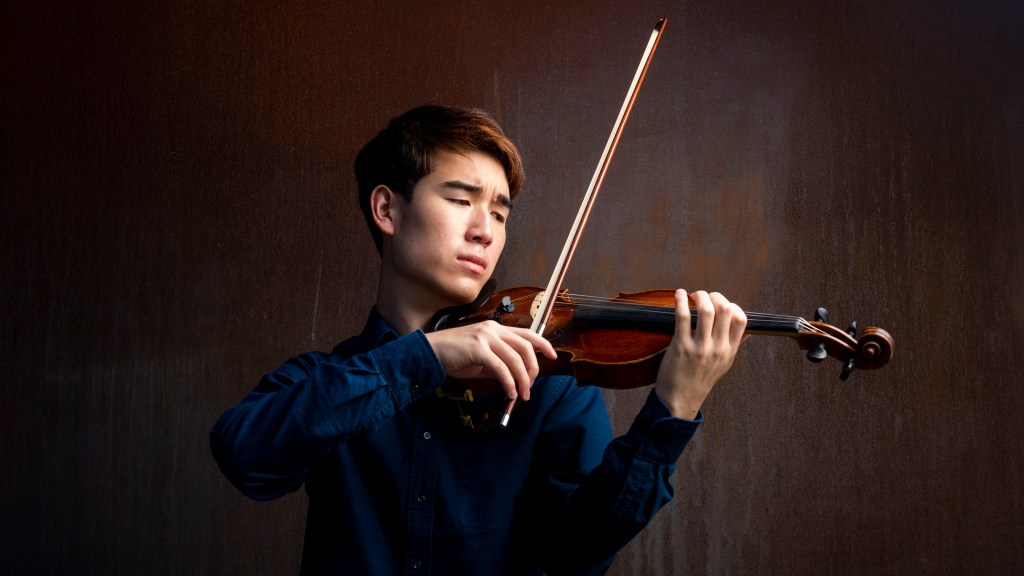 Whether it’s making the residents he plays for in nursing homes and retirement homes cry, or playing the violin at the age of 12 at the wedding of his first music teacher, Albert Gang. always wanted to share his music.

As Gang, a graduate of Sage Hill School in Newport Beach, wrote in his personal statement, he “learned that the greatest skill offered by the violin is the ability to connect with anyone, regardless. His origin”.

Classical music shouldn’t be just for blue-haired patrons in tuxedos and evening gowns in stuffy concert halls, he thinks.

“As a classical violinist, I harness the power of Brahms and Tchaikovsky to bridge a divide between all ages, all ethnicities and all experiences,” he writes.

In Gang’s hands, the violin becomes much more than a simple instrument.

“He strives to find and bring out the meaning and the emotion of his repertoire,” said Judge Mark Aguero of the Buena Park School District. “In addition, he strives to find ways to make his music more accessible to a wider audience.”

Gang’s personal statement reflects the connections he seeks through music.

“The elderly at the retirement home and I have completely different life experiences, but I can still understand their tears. “

This attention to musical intent, along with flawless execution, helped Gang win the highest honor in instrumental music for 2020 Orange County Artist of the Year.

Roger Kalia, associate conductor of the Pacific Symphony and new musical director of Indiana’s Evansville Philharmonic, wrote of Gang: “His Prokofiev was imaginative and haunting. He really brought out the character of the music, rather than just playing the notes beautifully. “

For his part, Gang was drawn to the play for the way its “dysfunctional dissonance” reflects the stress of teenage life he is feeling.

“Through this piece, I hope to reveal myself, the imperfections of my life, the darkness within and the anguish within,” he wrote.

While this isn’t exactly considered dissonance, Gang foresees an interesting future path. He’s due to attend Yale in the fall and hopes to complete a five-year bachelor’s / master’s degree program in violin performance and, of course, chemistry.

The Instrumental Music category is divided into four specialties: Commercial and World / Cultural Music, Jazz, Piano and Strings, and Wind and Percussion.

Gang has emerged as the best piano and string musician.

Jordan Feng, a recent senior at Mission Viejo High, was named a finalist in the Commercial and Global / Cultural Music Specialty with a submission that included an original song, “Cookie Dough,” which he played guitar, saxophone and sang on. with two others. Oh, and he rocked the two-tone hair.

Natalie Suvarnasuddhi, saxophonist and recent senior at Yorba Linda High, has conquered the jazz category with solo renditions of “My One and Only Love,” popularized by John Coltrane, and Sonny Rollins’ version of “St. Thomas.”

Clarinetist Elias Kim, a recent senior from Crean Lutheran High, rounded out the specialties by taking on wind and percussion with some classic pieces by Aaron Copland and Carl Maria von Weber.

Tips to help teach instrumental music to people with autism