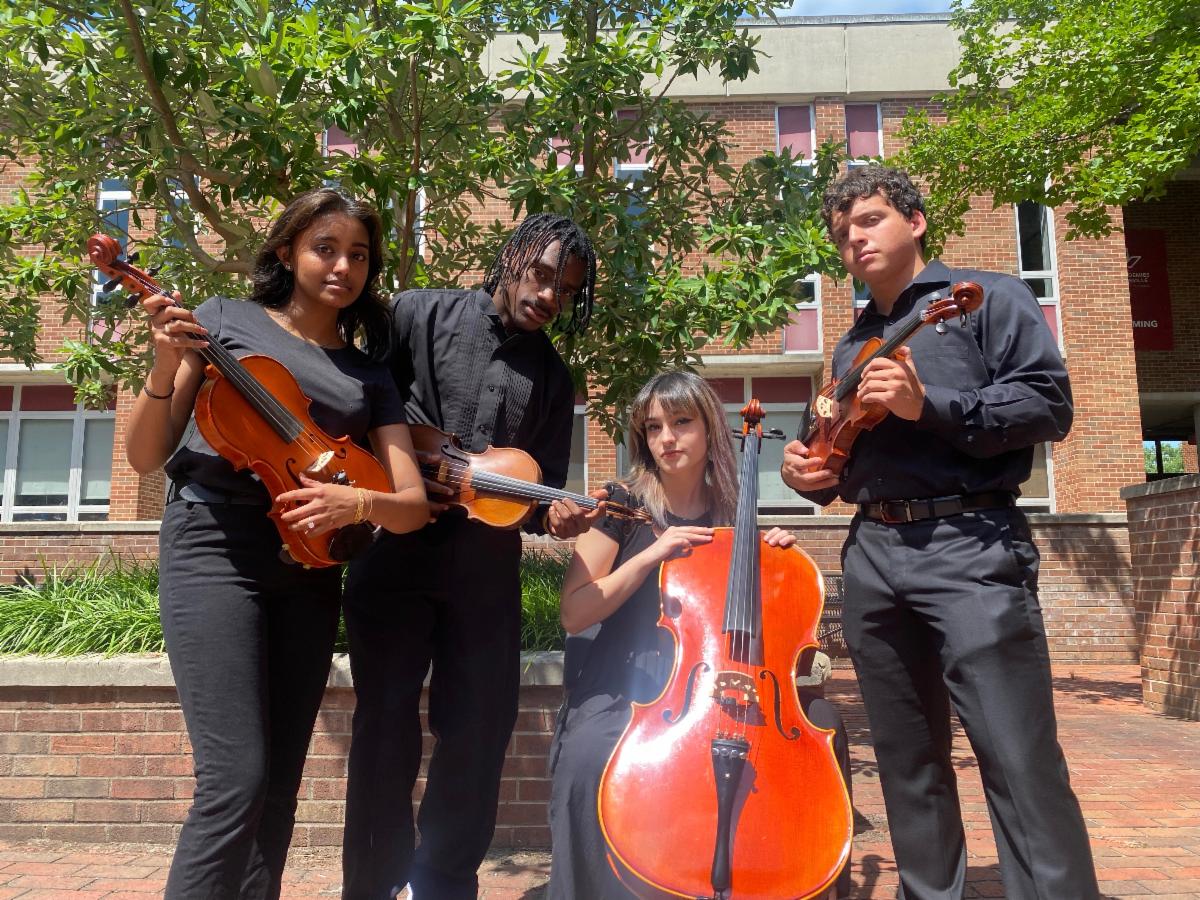 Beatles versus Stones come to Kentucky Center for the Performing Arts on Thursday, September 1 and a quartet from local high schools will join the bands on stage. Ballard High School String Quartet will perform six songs with both bands trying to prove who rules the British Invasion: The rolling stones Where The Beatles.

Here is the summary (of the version)

The two greatest rock ‘n’ roll bands of all time go head-to-head in Beatles vs. Stones – A Musical Showdown. Abbey Road, one of the country’s top Beatles tribute bands, sides with the Fab Four. With brilliant musicianship and authentic costumes and equipment, Abbey Road plays beloved songs spanning the career of The Beatles. They engage in a hits ‘showdown’ with Stones tribute band Satisfaction – The International Rolling Stones Show, which deliver a faithful rendition of the music and style of Mick Jagger, Keith Richards and the bad boys of the Invasion. British. The production includes multimedia, period costumes and period instruments. It toured for years, with a reviewer from the Los Angeles Times at one point stating, “this is the most unique tribute show in decades.” The Louisville show is part of a 125-city tour of the United States, Canada and Australia.

The Ballard Quartet has performed for school and community events and is owned by other area ensembles such as the West Louisville Education and Talent Center. Members also receive Distinguished ratings at the Solo and Ensembles festivals of the Kentucky Music Education Association.

The producers of the Beatles vs. Stones show approached Ballard High School bandleader Chrissy Givan looking for talented high school kids who could handle the pressure and hold their own on stage with the professionals. The performing company will make a donation to the school’s music program in exchange for the quartet’s participation.

“Beatles vs. Stones – A Musical Showdown” takes place at the Kentucky Center-Bomhard Theater on Thursday, September 1 at 7:30 p.m. Tickets cost between $35 and $65 and can be purchased online at kentuckyperformingarts.org, by phone at (502) 584-7777, and at the Kentucky Center box office at 501 W. Main St. in Louisville. The show is family friendly and suitable for all ages.

Two of the quartet members, Caleb and Eva, are the quartet’s Beatles fans and Niyati is a Rolling Stones fan.

“I love Eleanor Rigby and I’m so happy we can perform the song on the Beatles vs Stones show,” Eva said. Caleb agrees.

“I love the Rolling Stones,” Niyati said. “I feel their presence more than the Beatles.”

Caleb Murphy, 17, has been playing the violin for nine years. He is a member of the Ballard High Orchestra and has competed in KMEA competitions every year since middle school.

“I love how the violin goes where human speech can’t,” Caleb said.

The eldest plans to enroll in a four-year university next year and hopefully play with a community orchestra.

Jeveon McCauley, 17, has been playing the violin for 11 years. He performs with the BHS Orchestra and the West Louisville Education and Talent Center.

“I love the variation you have with the violin,” Jeveon said. “You can play Mozart, heavy metal or rock. I play all kinds of genres with the violin and it sounds amazing. I love the instrument.

Along with his 11 siblings, who each play a string instrument, they are street performers at sporting events and shopping malls around Louisville.

“People hear us play at malls during the holidays and hire us to play weddings and other events,” Jeveon said.

The eldest plans to go to college and pursue a career in business.

Niyati Vukkum, 17 years old, has been playing the viola for nine years. She also plays piano, guitar and sings. She played steel drum and marimba. She is a member of her high school orchestra and has participated in several KMEA festivals.

“I like the viola because it’s the unsung hero of the orchestra,” Niyati said. “The viola adds so much unknown flavor to the music.”

Niyati gives private piano lessons to children and sings in the choir, the church and the temple. She plays volleyball at Ballard High.

The eldest plans to enroll in university and study architecture or engineering.

“Also, I want to stay in music for as long as possible.”

Eva David, 17, has been playing the cello for seven years. She has participated in KMEA festivals and plays with her school orchestra.

“The cello’s range is neither too high nor too low,” Eva said. “It’s a beautiful middle ground.”

“In an orchestra, I love hearing the pieces come together and feeling the story the composer is trying to tell. You can tell there is so much work and passion in the pieces.

The eldest plans to go to university next year and study accounting or statistics. She hopes to enroll at the University of Louisville.

Who is the best? The Beatles or the Stones? Watch the video on the history of this debate.

Keep Louisville interesting and support LEO Weekly by signing up for our newsletter here. In return, you’ll receive news with a benefit and the latest places to eat, drink and hang out in Derby City.