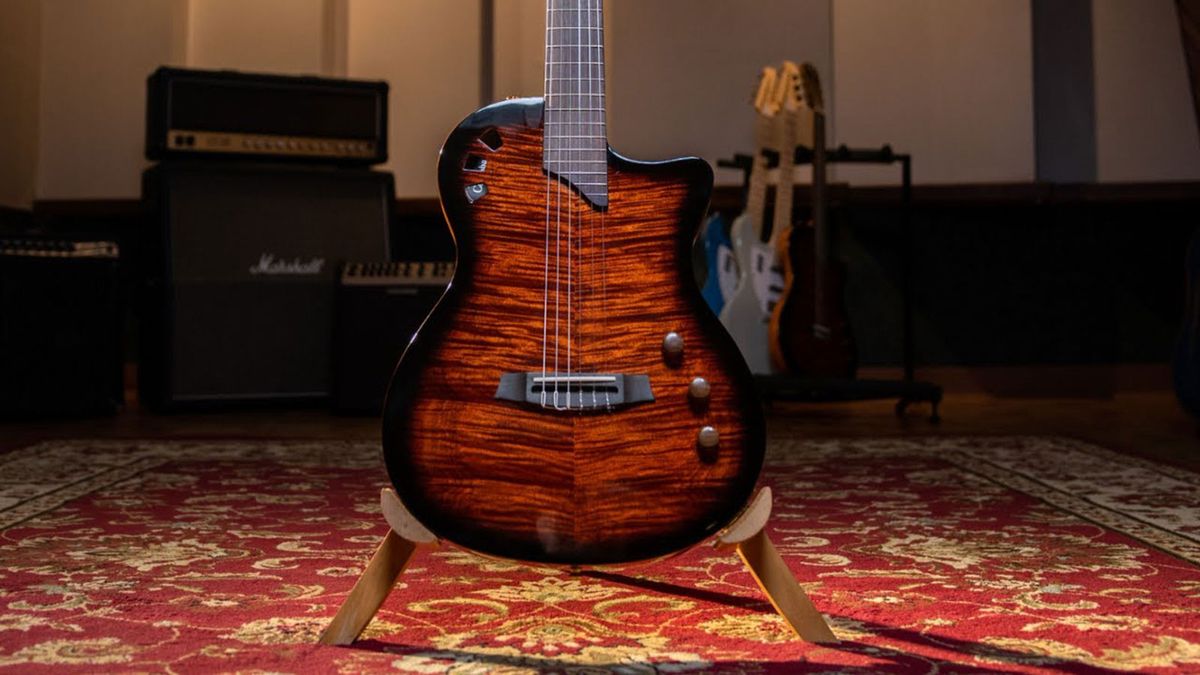 Classical luthier Córdoba has announced the arrival of The Stage, a nylon-string hybrid electric guitar.

The spruce top is then adorned with a figured flamed maple veneer, finished in Edge Burst, which the firm says makes it easier to throw. There are also three sound holes incorporated into the upper curve.

There’s a similar mix of concepts on the neck side, with the Córdoba mahogany, C-shaped Fusion neck offering a sleeker feel in the hand that should feel familiar to steel-string and electric guitarists. It is topped with a Pau ferro fingerboard with a 1.8″ nut width, 16″ fingerboard radius.

The headstock, however, is a classic nylon string with a split headstock and Der Jung tuners. There is also a bone nut and a saddle.

In addition to the innovative blend of guitar styles, Córdoba has also worked directly with Fishman to deliver an exclusive new pickup system, which offers a combination of under-saddle piezo pickups and body sensors.

The video above shows the scene doing a very convincing tonal imitation of a classic instrument. It also won plaudits at the Summer NAMM show, winning the Best In Show award.

Classical guitar designs are (by definition) considered resistant to change, but there seems to be a growing appetite among players for cutting-edge designs.

Expect to find the Córdoba Stage for around $699 / £599, including gig bag. Head toward The Cordoba site (opens in a new tab) for more information on the scene.