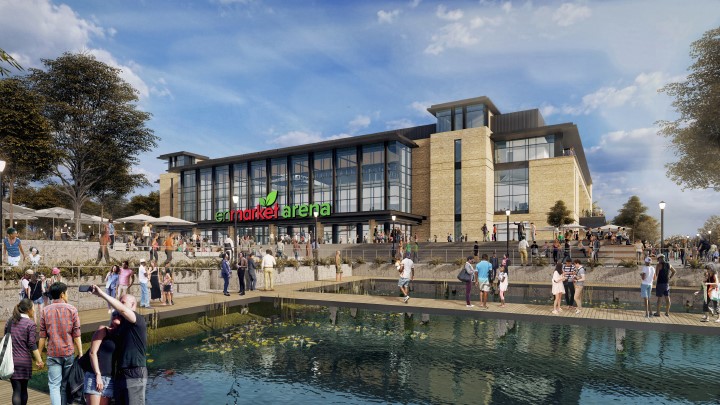 SAVANNAH, Ga. (WSAV) – The official opening of the Enmarket arena has been delayed due to supply chain issues and the recent surge of COVID-19, Mayor Van Johnson said during his conference weekly press release Tuesday.

“Frankly, I think we promised a little too much and in our anticipation of too many promises, we ignored the realities of the times we live in,” Johnson said.

3 SCCPSS high schools switch to virtual learning due to COVID

Johnson says the rest of the work is due to be completed in the coming weeks and the required inspections will follow, allowing the arena to fully open by February.

“We anticipated the arena to open without any disruption,” Johnson said. “I think we didn’t think we would have the omicron variant that affected our contractors.”

“It is disappointing to have to step back and hit the pause button when Savannah’s new Enmarket Arena opens after announcing an expected opening date late last year,” said Johnson. “However, this disappointment does not eclipse the need to be sure we have a complete and safe facility, with all the necessary inspections on hand, that is ready to welcome the Savannahians for music, laughs and memories in the years to come.”

However, the city has no plans to cancel upcoming shows The Eagles, Jon Bon Jovi, or Keith Urban.

“The goal is still to do it right, to do it right,” Johnson said of the city’s desire to refrain from cutting corners in the construction and opening of the arena.

While the delay was disappointing for event fans, Johnson assured that they would eventually appreciate the two-week delay to properly complete the arena.

This is a developing story and will be updated as more information is reported.