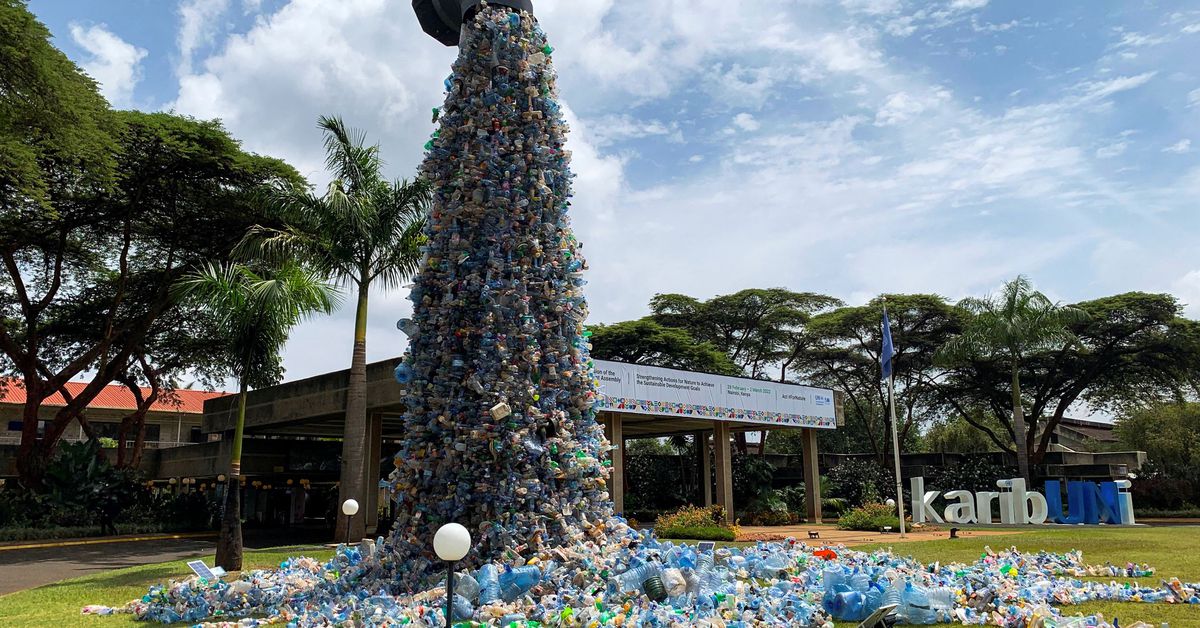 NAIROBI, Feb 28 (Reuters) – United Nations negotiators have agreed on a roadmap for a global plastics treaty that would address plastic production and design, according to a draft resolution seen by Reuters, in what delegates said was a key step to agreeing an ambitious deal.

UN member states are meeting this week in Nairobi to agree plans for the first global deal to tackle plastic pollution, a growing environmental crisis that is destroying marine habitats and contaminating the food chain.

They hope to agree to a full treaty within the next two years.

Before the summit, the main sticking points were whether an agreement would be legally binding or voluntary, and whether it would deal with plastic production and the design of single-use packaging or be limited to improving the waste management and recycling.

A draft resolution, titled “Ending Plastic Pollution: Towards an International Legally Binding Instrument,” said the treaty should address “the full life cycle of plastic,” i.e. production and distribution. design, as well as waste.

The draft text was finalized by technical experts in the early hours of Monday morning after a week of late-night negotiations. Government ministers and senior officials joined the talks on Monday and were due to give their final approval to the framework on Wednesday.

If the current plan were approved, it would be a setback for the powerful oil and chemical companies that manufacture plastic and had worked behind the scenes to keep talks focused on waste. Read more

The draft resolution also recommended the treaty promote the sustainable design of plastic packaging so that it can be reused and recycled, which would be important for large consumer goods companies that sell their products in single-use packaging.

An intergovernmental negotiating committee would be formed to agree details of a comprehensive treaty with the aim of having a deal ready for ratification in 2024, according to the draft.

“I am confident that once approved by this assembly, we will have something truly historic on our hands,” Anderson told delegates at the official opening of the UNEA 5.2 Summit.

“We all know that an agreement will only matter if it is legally binding. If it takes a full life cycle approach, from extraction to production to waste.”

Reporting by John Geddie in Nairobi and Joe Brock in Singapore; Editing by Alex Richardson