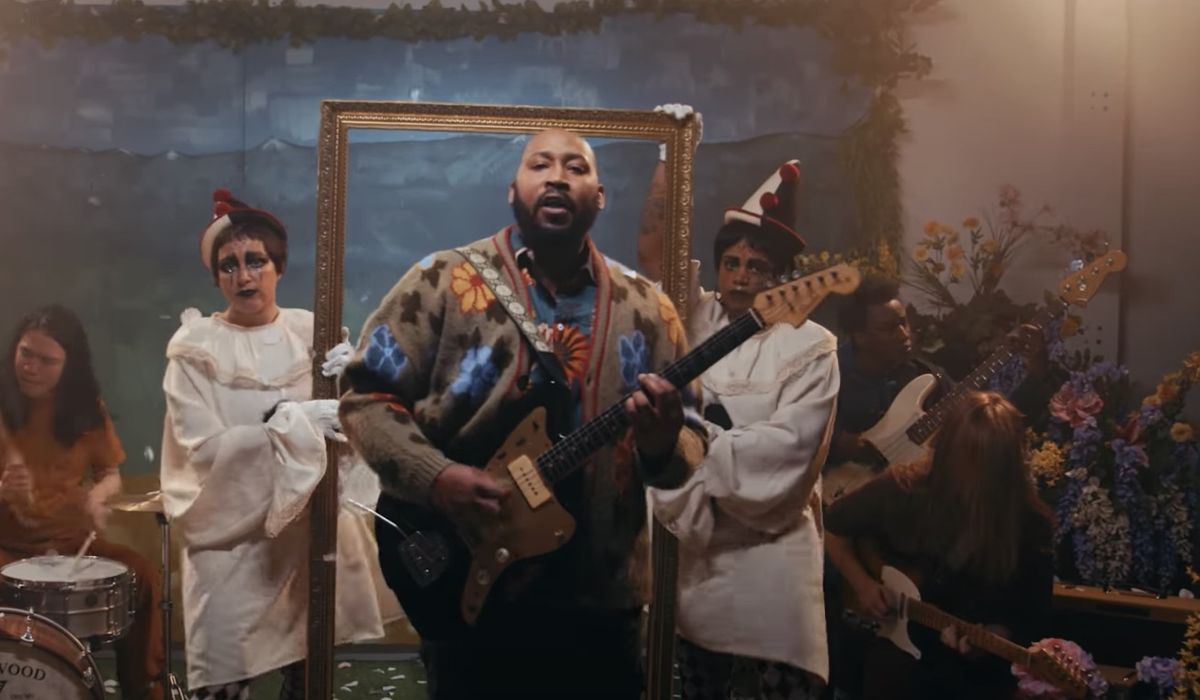 From old-school soul to 8-string chug: here are the must-have guitar tracks of the week

welcome to guitar worldThe weekly roundup of musical highlights from the, uh, guitar world. Every seven days (or so), we strive to bring you a selection of songs from across the guitar world, all with one thing in common: our favorite instrument plays a starring role.

What is that? The up-and-coming singer-songwriter’s debut single with 4AD. People (including – guilty as well as accused – this particular writer) like to talk about artists escaping the fuzzy genre boundaries, but few do it as deftly as Strange, who incorporates the hustle and bustle of indie rock, hip-hop , post-hardcore and some of the math-rock twists in this brilliant song.

Standout Guitar Moment: Drenched beautifully in the delay, the song’s outro solo has more than a faint touch of The Edge’s stadium-filling magic and verve.

Bleed From Within – Levitation

What is that? The second single from the Scottish metalcore stalwarts’ sixth album, Tomb. Fusing their usual destructive, hard-hitting electric guitar riffs with delicately arranged orchestration and one of the most expansive choruses of their career to date, Levitation serves as a snapshot of a band truly at the top of their game.

Standout Guitar Moment: After a guitar interlude at 2:32, Craig “Goonzi” Gowans delivers a soaring, melody-focused solo, before the song kicks back into full gear with a wild breakdown.

For fans of: Memphis May Fire, Whitechapel, Born of Osiris

What is that? The Guatemalan prog-metal wizard takes a Polyphia twist on his latest solo outing, with under-shaking EDM production and crystal clear split-coil tones from his brand new Cort X700 Mutility.

Standout Guitar Moment: This drop to the two-minute mark finds Hedras unleashing a flurry of modal lead lines that are ultra-tight in their execution but with a swagger that gives them a vocal, human touch.

Meshuggah – Turn on the shortening fuse

What is that? Ahead of their upcoming ninth album, Immutable – arriving April 1 via Atomic Fire Records – Turn on the shortening fuse is her second single after January’s The Abyssal Eye. In classic Meshuggah fashion, the track draws heavily on eerie time signatures, high-octane breakdowns, and eight-string guitar riffs, offering a glimpse of the destruction to come when the full album drops.

Standout Guitar Moment: The main riff delivered by guitarists Fredrik Thordendal and Mårten Hagström is generally chuggy and will certainly be well received by any longtime Meshuggah fan.

For fans of: Periphery, Gojira, Animals as Leaders

What is that? A slice of alternative rock that affirms the life of the eternal legends of the genre. The standalone single is the Pixies’ first new material in two years and comes ahead of their return to touring after a pandemic-induced hiatus from live shows.

Standout Guitar Moment: Producer Tom Dalgety played a blinder with those explosive, fist-in-the-air chords, but the props are also due to Joey Santiago’s lyrical solo, who riffs beautifully on Black Francis’ vocal line.

What is that? The second single from blues without you, the Joe Bonamassa-produced comeback LP of unsung blues guitarist Larry McCray. Shaped by the seemingly endless crises that dominate day-to-day news, it’s a perfectly arranged slice of old-school soul – propelling horns, lively strings and all.

Standout Guitar Moment: The natural candidate would be McCray’s stellar 16-bar outburst in the middle of the song, but listen to the way he holds that note at 4:47 – for those few seconds, time almost seems to stand still.

Envy of None – Look Inside

What is that? The second installment of industrial-tinged psychedelic rock from Alex Lifeson’s expansive new project. It’s refreshing to hear a legend as authentic as Rush’s guitarist so contemporary with his approach to sound and production – this dreamy, atmospheric slice of alternative rock is masterfully put together.

Standout Guitar Moment: These modulated leads in and out of the track’s ethereal production carry all the hallmarks of Lifeson’s style, updated for the 2020s.

For fans of: Nine inch nails, a perfect circle, Rush

What is that? The latest single from Swiss metal powerhouse Paleface, taken from their forthcoming album, fear and dagger. It’s visceral and unforgiving in its brutality, barely stopping in its six-and-a-half-minute total auditory assault. And as it changes tempos and rhythmic patterns, it permanently retains its sonic intrigue. Not easy for a song of this length.

For fans of: Slipknot, left to suffer

What is that? A B side of Driver, the stellar 2021 album from Adult Mom, the project of singer-songwriter Stevie Knipe. It’s a testament to the strength of this album that this living breakup song didn’t make the cut.

Standout Guitar Moment: Just like they were on DriverAdult Mom lead guitarist Allegra Eidinger is simply stunning on this track, adding depth and color to the verses with radiant fills.

For fans of: Radiator Hospital, Lomelda, free cake for every creature

What is that? Toronto punks’ ode to frontman Stefan Babcock’s forgotten guitar, Matilda, accompanied by one of the most moving videos you’ll ever see as a guitarist. The track itself is filled with raw power chord hits and lyrics surrounding the abandonment of one instrument for another newer, brighter pattern: “As you fret my frets decay / You pick up your other and you strum away”. Sorry, we seem to have something in our eye.

Standout Guitar Moment: That groaning, heartbreaking guitar tone in the middle of the track: it actually sounds like a crying guitar.

Structural design and impact analysis of a 1.5U CubeSat on the lunar surface