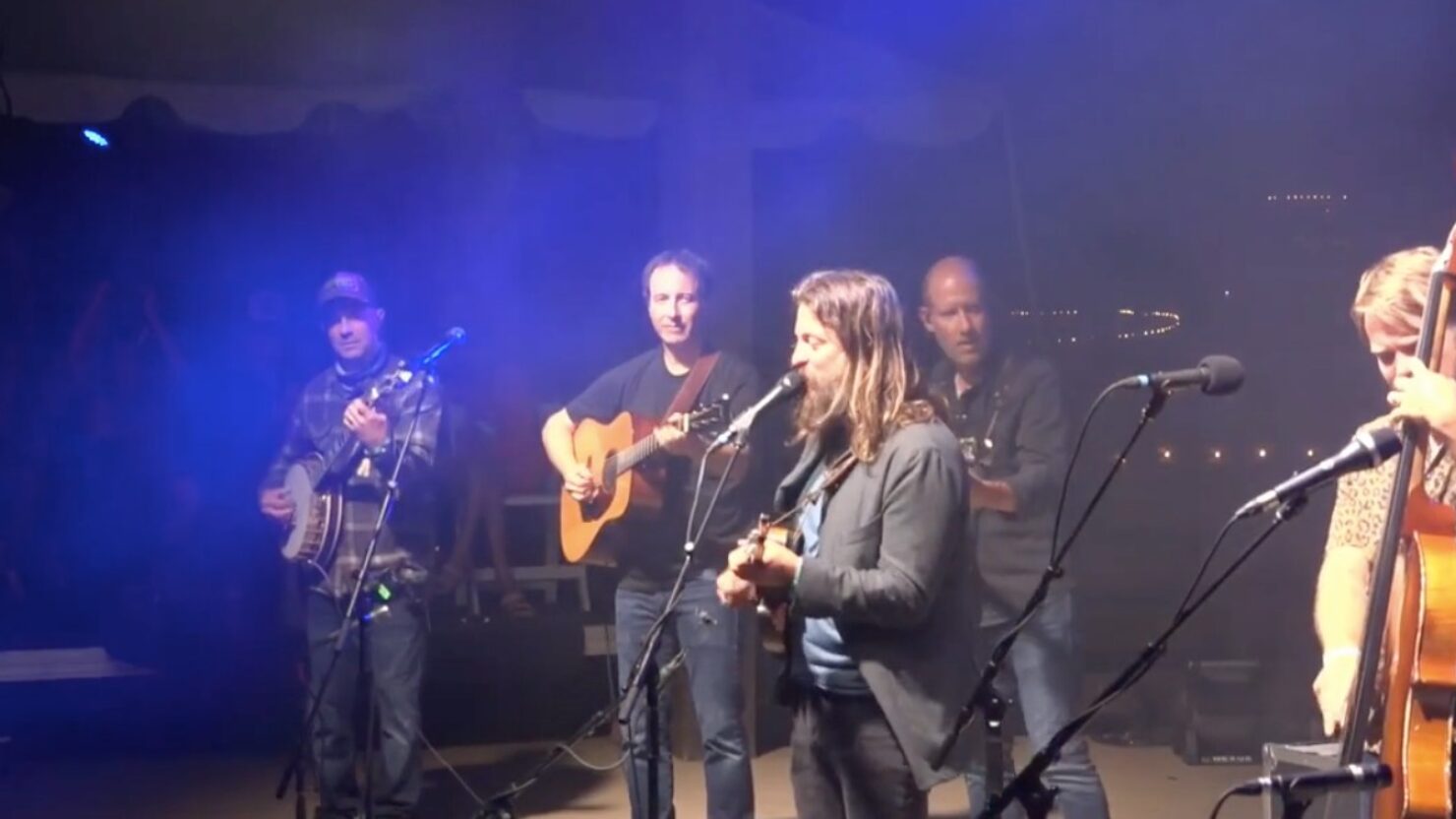 Greensky Bluegrass headlined the Northwest String Summit at Hornings Hideout in North Plains, Oregon on Thursday to help kick off the festival’s final year. The quintet performed with keyboardist Holly Bowling for both sets in their 6reensky setup and had a number of other guests in store for their final NWSS appearance.

6reensky kicked off the first set with “Monument” from GSBG’s 2022 album, Stress dreams, with Bowling adding some Hammond organ accents to the melody. “The Four” followed, which contained the lyrical change “forgot us six”. Mandolinist Paul Hoffman began altering the line during Greensky and Bowling’s collaborative tour earlier this year. From “The Four,” the sextet sank into “Courage For The Road,” which saw teasing from Stress dreams cut “New & Improved” as well as “Down By The Riverside”. 6reensky closed the three-song seamless segment with the title track at Stress dreams.

GSBG then hosted the Yonder Mountain String Band guitarist Adam Aijala and banjo player David Johnson for “Who is Frederico? which was preceded by “backstage bingo” banter. “Frederico” also saw a guest appearance from the YMSB bassist Ben Kaufman who jumped on by Mike Devol instrument for a bass solo. 6reensky then went it alone for the unmissable “Windshield” before debuting a cover of “What Goes Around…Comes Around” by Justin Timberlake. Closer, “Living Over”, saw more “New & Improved” teasing.

dobroist Anders Beck would win “backstage bingo” and receive a trophy with some Bowling fanfare at the start of the second set. The music started with “Reasons To Stay”. The sextet got stuck on a “Demons” segment before heading to “Kerosene”. An eventful “Broke Mountain Breakdown” followed, which contained a match “We Want The Funk”, more elements of “New & Improved”, as well as a callback to the first set closer to “Living Over”. The group then headed to “Worry For You” to seal another seamless and expansive segment.

Next, guitarist David Bruzza led the band through their “Wings For Wheels” before “Leap Year”, which saw more band expiration. 6reensky then hosted Lindsay Lou for a cover of “(I’ve Had) The Time Of My Life” recorded by Bill Medley and Jennifer Warnes and made famous in the 1987 film dirty dance. Paul and Lindsay would duet over the tune to close out GSBG’s final NWSS appearance.

String quartets, cellos and fugues are in the spotlight this weekend at Music@Menlo