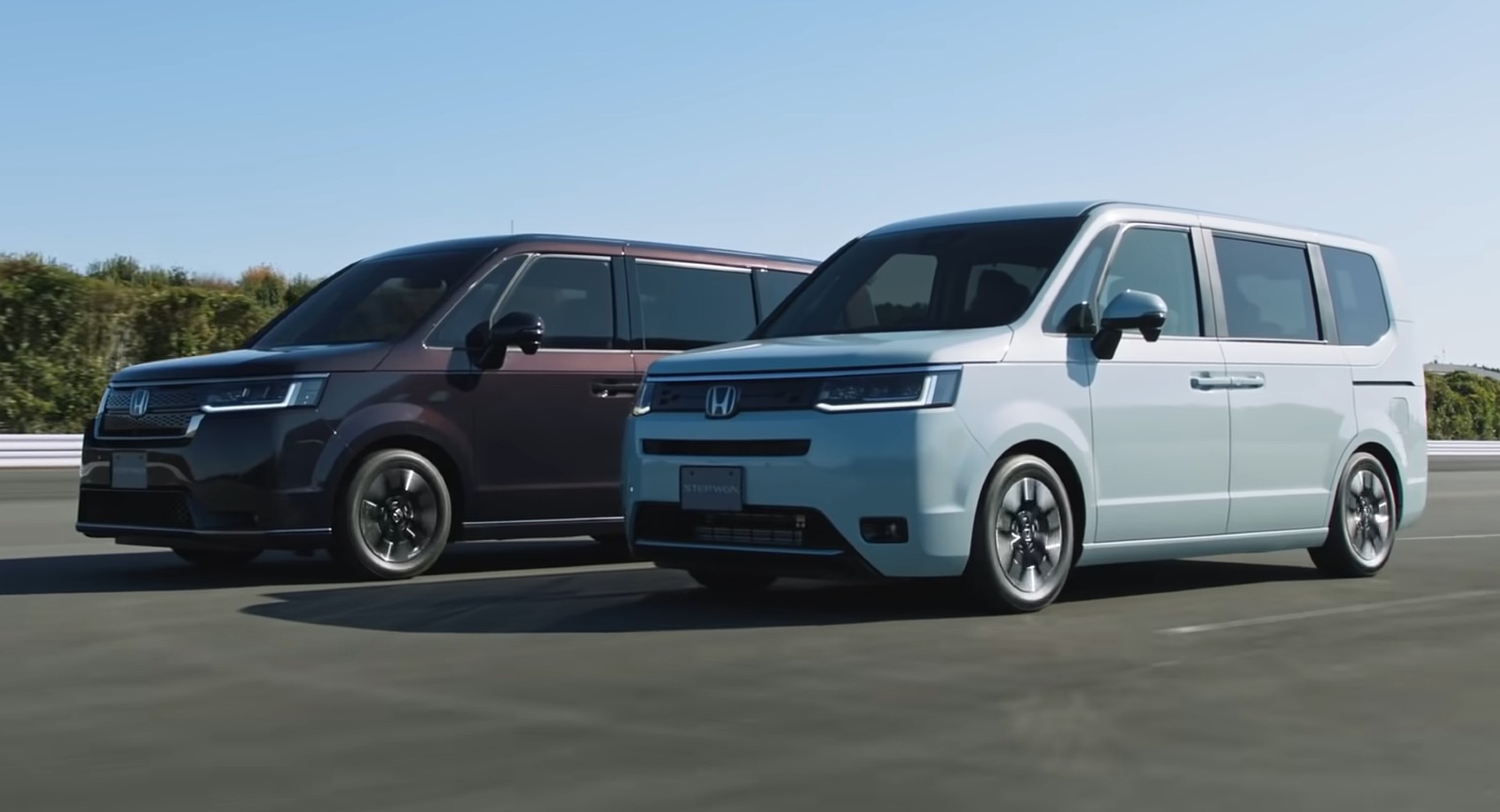 A few weeks after the revealing teasers of the all-new sixth-generation Step WGN, Honda officially unveiled the minivan online, ahead of its physical debut at the Tokyo Auto Salon and its market launch in Japan which is slated for spring 2022. The first generation of the Step WGN debuted in 1996, which means this year marks its 25th anniversary.

Honda showed us two variations of the new Step WGN called “Air” and “Spada”, the latter having a flagship “Premium line” trim level. Compared to its predecessor which was introduced in 2015 and got a facelift in 2017, the sixth generation looks much cleaner, representing the latest evolution in Honda’s design language.

The van adopts a two-box configuration with a cleaner pavement, a longer front overhang, a pushed-back rear pillar, a lower beltline, large sliding doors, standard 16-inch wheels and a flat tail. . The LED headlights are connected to the horizontal character line on the profile, with the front bumper and grille showing a slightly different design in the “Air” and “Spada” variants. At the rear, the vertical LED tail lights allow a wide opening of the tailgate reaching very low on the bumper.

In the cabin there are three rows of seats that can accommodate up to six passengers with plenty of leg and head room. The middle row appears to be the most comfortable since the two individual captain’s chairs have reclining footrests and armrests, while being able to slide front and back and left and right. In addition, the foldable third row is more comfortable than before thanks to thicker foam on the seats. Among the highlights of the interior is the easy-to-clean water and oil repellent “Fabtech” padding that seems ideal for families with young children. 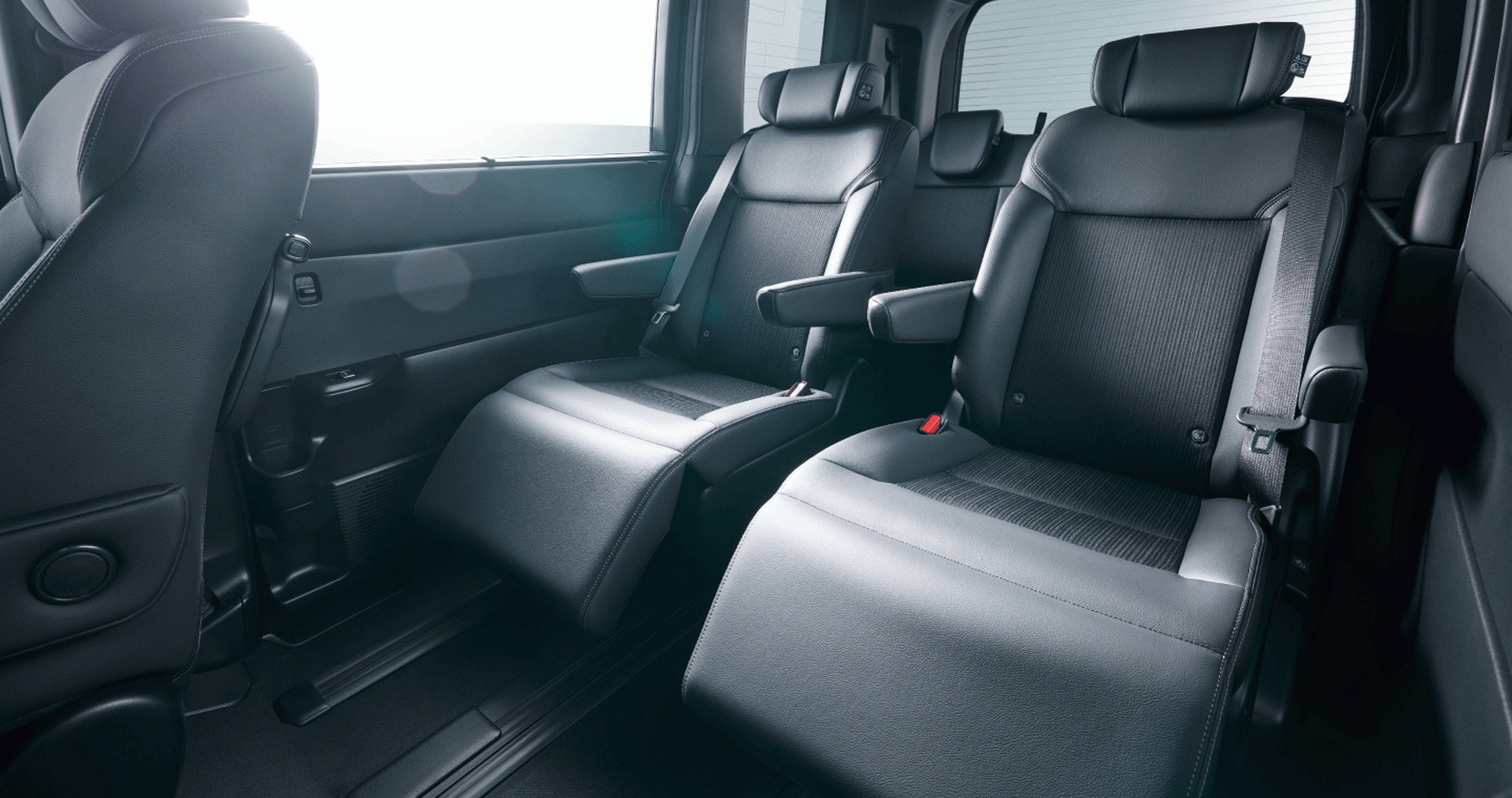 The instrument panel features a large 11.4 inch infotainment touchscreen, 10.25 inch digital instrument panel, a convenient tray above the glove box on the passenger side front, a series of buttons in the center console, including single switches for the automatic gearbox, plus slim air vents with a honeycomb pattern similar to the new Civic. Additionally, there is a 15.6-inch roof-mounted monitor for rear passengers.

The Step WGN Air has lighter tones and warm colors inspired by the atmosphere of a living room, while the Step WGN Spada adopts darker tones and a more premium look. According to Honda, the horizontal lines “stabilize the occupant’s field of vision” and help reduce motion sickness. Finally, all variants of the Step WGN will benefit from the standard Honda Sensing ADAS suite.

Unfortunately, Honda did not announce details on the platform and engine lineup for the van. However, we already know that it will be available both as a hybrid version (e: HEV) and as a petrol-only version. The e: HEV will use a two-engine hybrid system with three drive modes, EV (electric only), hybrid (both engines), engine (gasoline – high speed only).

Honda will showcase a pre-production prototype of the Step WGN at Tokyo Auto Salon 2022. We don’t know if the company plans to offer the minivan outside of Japan, but that seems unlikely. Rivals of the Step WGN include Toyota siblings Noah and Voxy, who also get an all-new generation, as well as the Nissan Serena. For a more detailed look, you can watch the official presentation below, although it’s in Japanese.