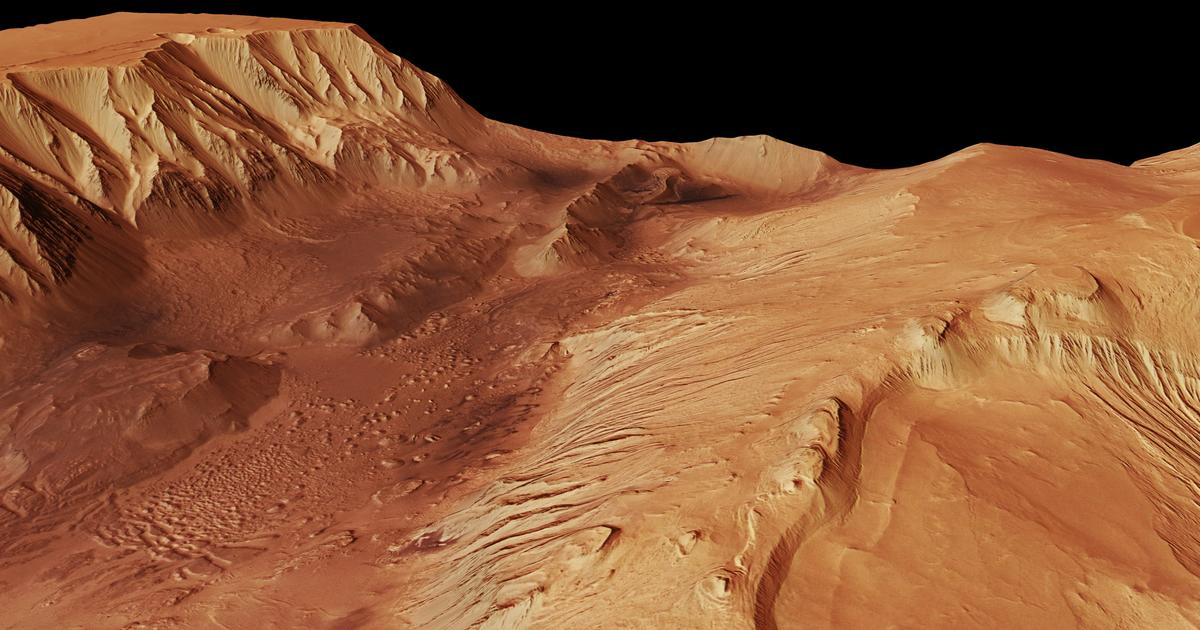 A huge new water deposit has been discovered on Mars in a formation often referred to as the Grand Canyon of the Red Planet. The Trace Gas Orbiter (TGO) has detected an area the size of the Netherlands where water could constitute up to 40% of the matter near the surface.

While Mars would once have contained huge oceans on its surface, today it is drier than any desert on Earth. But there is probably still water on the Red Planet – mostly around the Poles in the form of ice, or potentially in salty liquid lakes deep underground, although the evidence is mixed on the latter idea.

Closer to the equator, smaller amounts of water were detected in the soil near the surface, in the form of ice or hydrated minerals. But the newly discovered cache is much larger – and much wetter – than anything that has been found so far.

The new water supplies were discovered by the TGO, using an instrument called a Fine Resolution Epithermal Neutron Detector (FREND) in a series of observations between May 2018 and February 2021. This tool detects neutrons out of the soil, which can be a marker of the hydrogen content – and by extension the water content – of the soil.

“Neutrons are produced when highly energetic particles known as ‘galactic cosmic rays’ hit Mars; drier soils emit more neutrons than wetter ones, so we can deduce the amount of water in a soil by looking at the neutrons it emits, ”explains Alexey Malakhov, co-author of the study. “FREND’s unique observation technique offers much higher spatial resolution than previous measurements of this type, now allowing us to see aquatic features that had not been spotted before. “

Valles Marineris is the largest canyon in the solar system, measuring 10 times longer and five times deeper than our own Grand Canyon. And this is where FREND detected a water-rich region measuring some 41,000 km2 (15,800 square miles). In the top 1 m (3.3 ft) of the ground, up to 40 percent of the material appears to be water, which the team says most likely exists as ice.

“We found that a central part of Valles Marineris was full of water – much more than we expected,” says Malakhov. “It looks a lot like the permafrost regions of Earth, where water ice permanently persists under dry ground due to the constant low temperatures.”

Finding water in this part of Mars is very exciting, the team says. Future missions to the Red Planet, including human missions, tend to focus on the region near the equator, and having so much water within a meter of the surface makes it very accessible. By comparison, the polar deposits appear to be several kilometers deep.

The research was published in the journal Icarus.