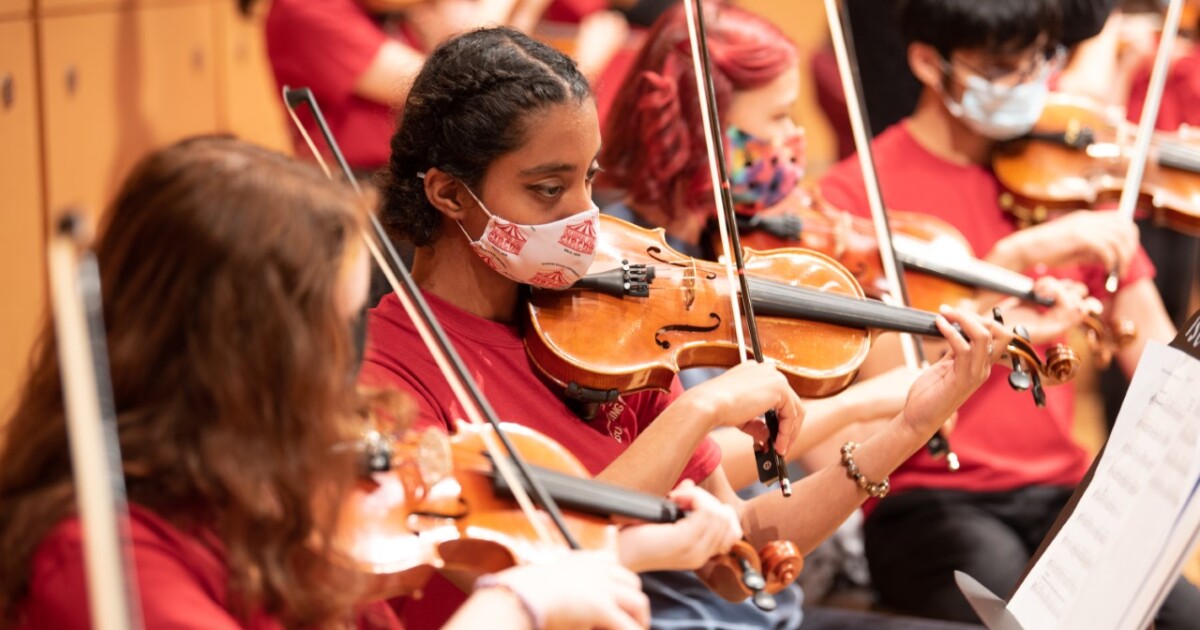 String Project is one of Illinois State University’s longest running community programs, and it celebrates 20 years of cultivating a love of music in children.

The String Project at Illinois State University is an after-school music program that gives children the chance to play an instrument as early as third grade. The program is led by a mix of UIS faculty, staff and students at graduate and university levels.

Kate Lewis is viola teacher and acting director of the project. Lewis said Project String is open to children outside of Unit 5 and District 87.

The project asks all students to perform in their public school music program, if there is one, Lewis said.

Lewis said that by the time many students reach sixth grade, their enthusiasm to start fresh and try something new may not be as strong as when they were younger. So, starting early can be crucial.

“The earlier we can start, the more we can really tap into the singing and the excitement, the games side of things and make it really fun. [and] engage with the way children learn. Young children learn through play,” Lewis said. “I think that’s a big difference between starting in third or fourth grade like we do and starting in sixth grade, because more and more public school programs have to do that because of budget issues. “

Regardless of budget cuts, most schools do not offer orchestra or music programs until fifth grade. She said that having kids start an instrument earlier makes a difference in their skills later on, especially in high school.

Not only does this program make a difference in students’ lives once they reach high school, but some of the students who have started taking classes through the String Project are those pursuing careers in music.

“We have teachers who were in our program as students who came to study at ISU to then teach the next generation of students. So we had two of those students who grew up and became teachers themselves,” Lewis said.

Lewis said it’s not just the kids learning in the program who are growing up, but many college students who teach grades three through 12 are also gaining confidence.

“We hear so much about how mental health is such a real issue on college campuses these days, and I think having them teaching students has really given them purpose for their studies here. It gave them a goal to go to their classes and learn new teaching techniques and come try them out in String Project. It really gives them something tangible to hold onto and it reaffirms their choice,” Lewis said.

The String Project also serves as a place where third through twelfth graders and college students can network.

“They [teachers] come to first grade and maybe be a little scared of the kids. They don’t necessarily know how to interact with them, but by the time they’re older they’re organizing the gig procedures and they’re team leaders and communicating with the parents and really have so much confidence in what they’re doing,” , Lewis said.

Typically, 130 students and 20-25 teachers participate in the program. As the program recovers from the toll COVID-19 has taken on in-person activities, approximately 100 students are currently enrolled.

“In String Project, our tuition is very low compared to comparable programs elsewhere. In addition, we offer scholarships. Up to 75% of our tuition can be deferred through scholarships through donors and grant support we have for our program,” Lewis said.

Fellowships may also include loaned instruments. If a family cannot afford to rent an instrument, the String Project finds a way to put one in the child’s hands for a year to give all enrolled children the opportunity to learn.

Whether children know right away that they want to make music or just want to try an instrument, the program aims to put an instrument in the hands of as many children as possible.

The spring concert is at 11 a.m. Saturday at ISU’s Center for Performing Arts.