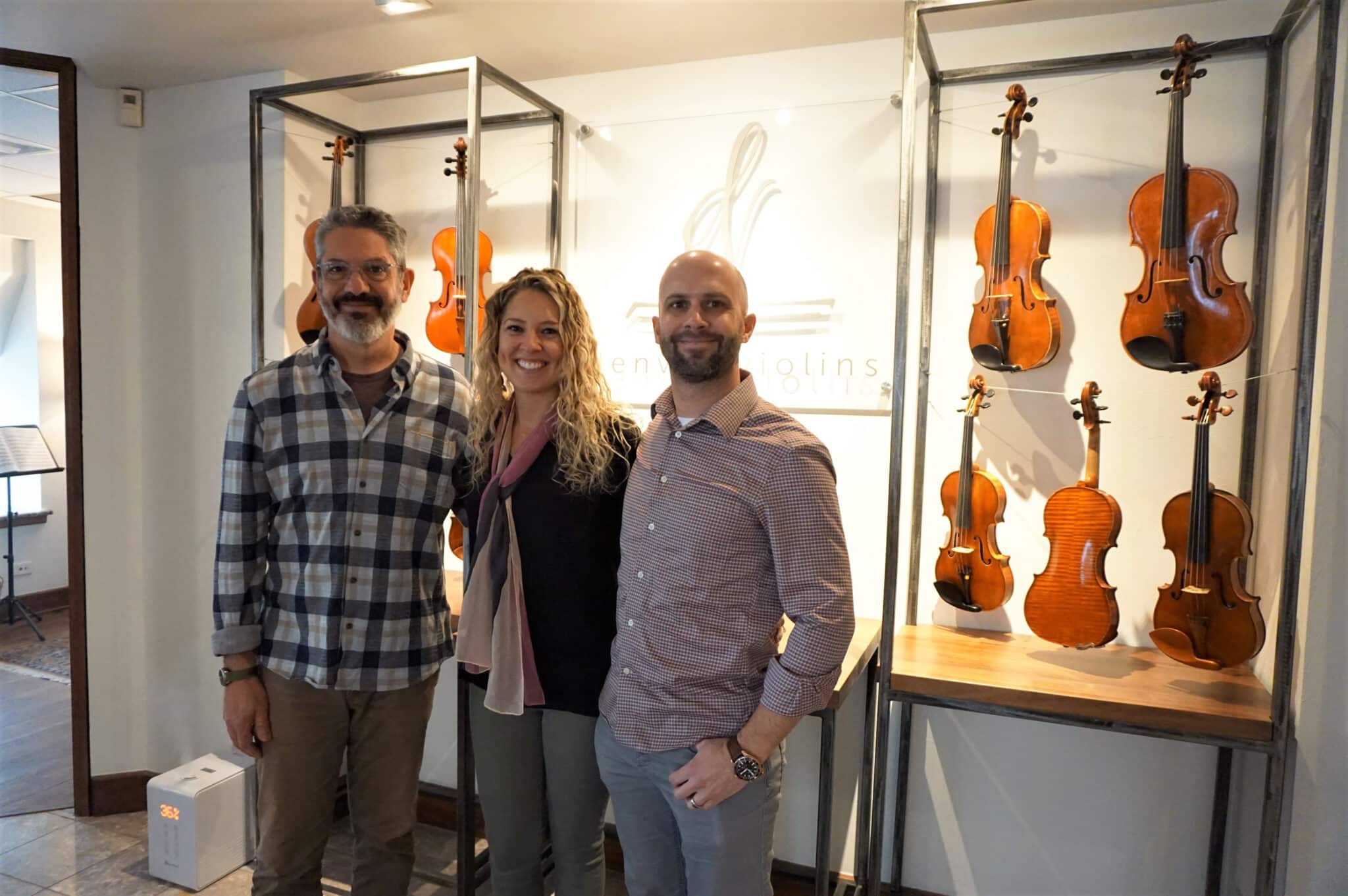 The local luthier and bow maker, who originally teamed up two years ago, moved their Denver Violins business late last year to the downtown Daniels & Fisher Tower, commonly known as the Tower of the ‘clock.

For a time they tried to work from Miller’s house. 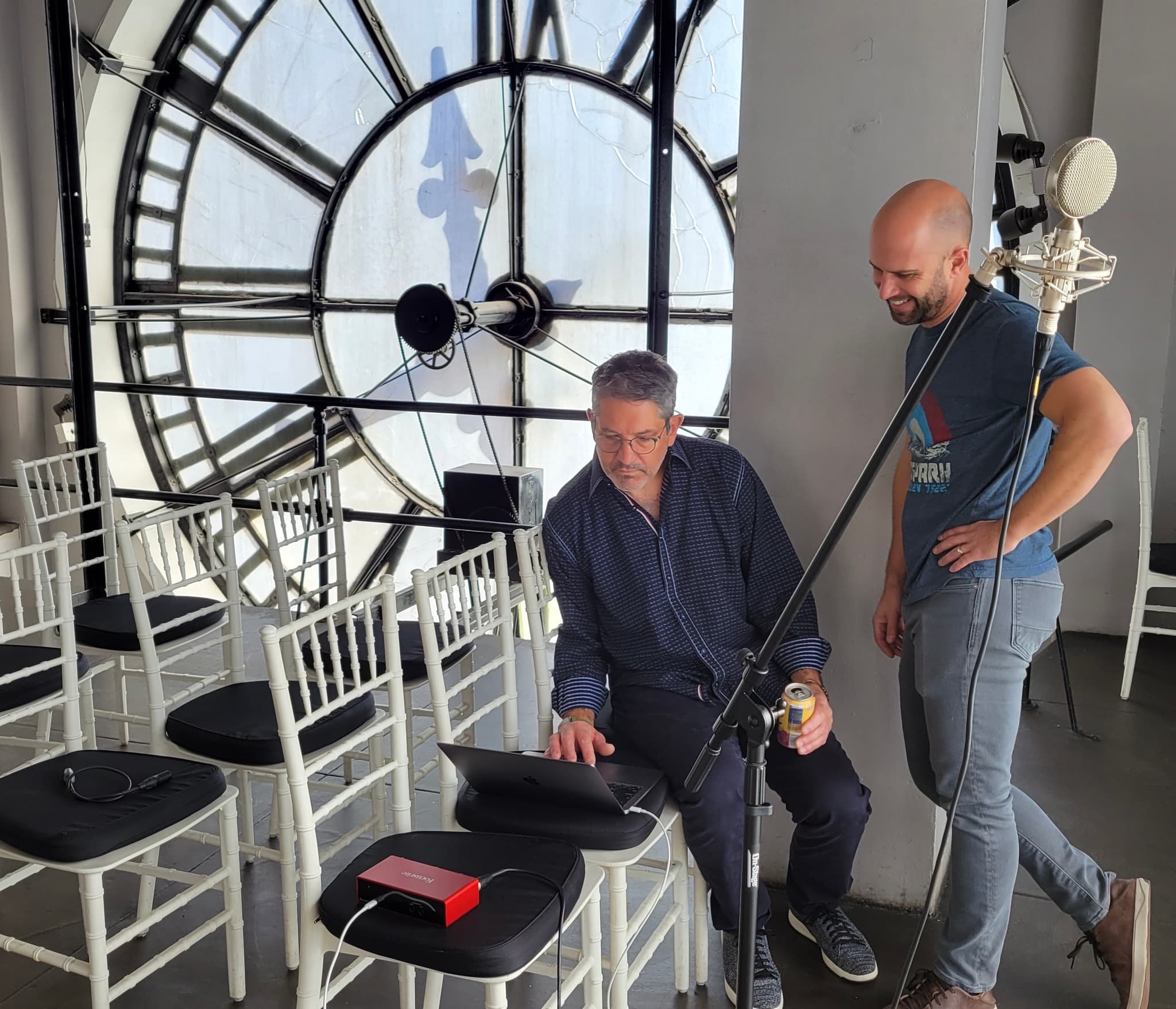 Orman and Miller organized the opening of the shop in the clock tower.

“Our neighbors weren’t very happy because a surprising number of people came to the house to look at instruments, even though we didn’t have many,” Miller said. “I set up my studio there and we thought maybe it was the way of the future. But people always want to try violins, so we didn’t need to add noise complaints on top of that.

The setup was also odd because, in addition to their own work, the pair were selling high-end vintage instruments made by others — some worth over $1 million, they said.

“We realized that if someone is going to spend money on this stuff, it’s kind of funny to invite them into our living room,” Miller said. “If it’s one of my violins, it makes sense. But if they invest a lot of money, we decided we needed a place that shows how professional we are. 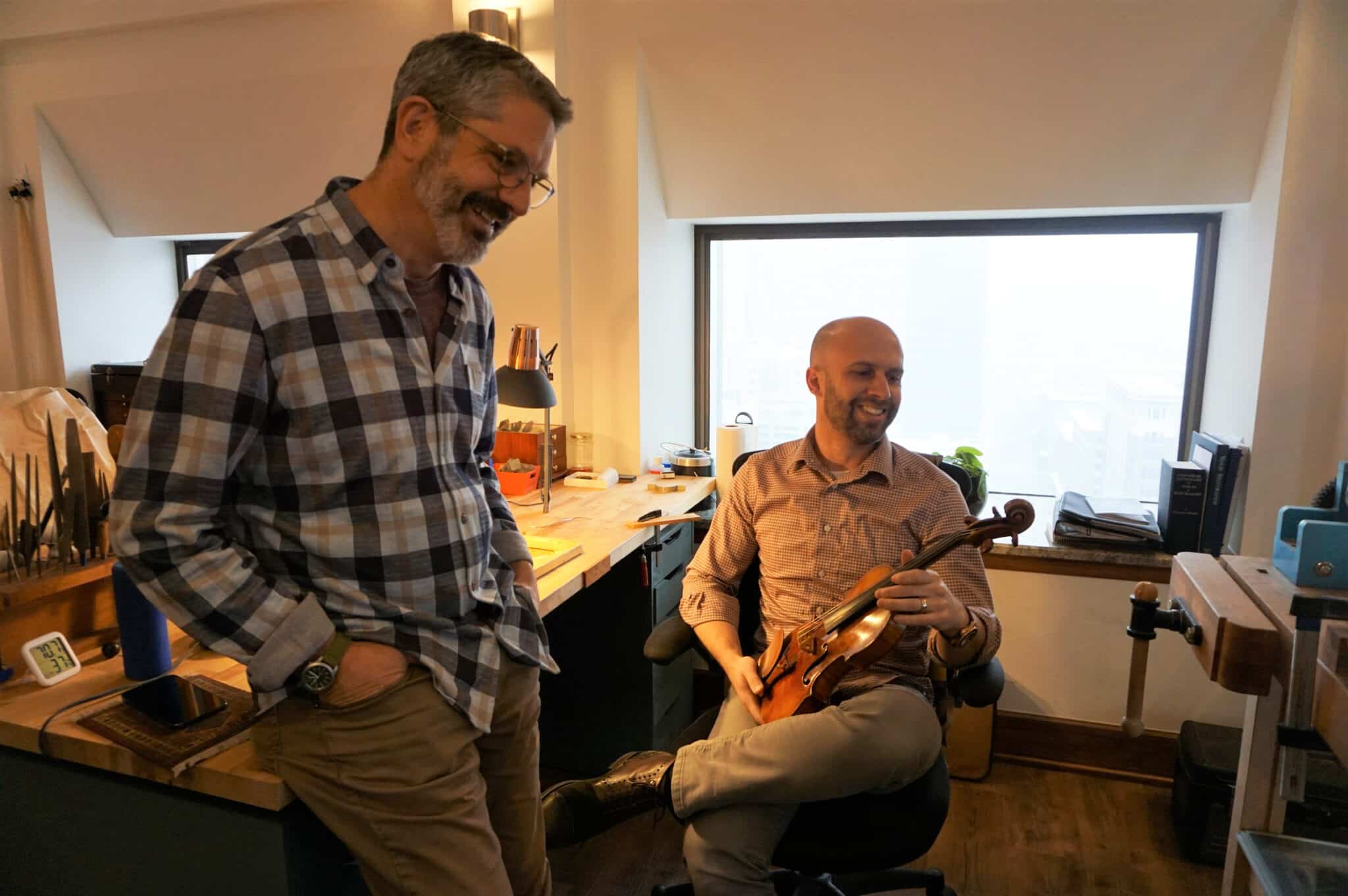 Orman and Miller at home in their new office space.

So the couple began looking for a brick-and-mortar space. And they brought in Miller’s wife, Mackenzie, who works full-time as an analytics lead for Ibotta and plays fiddle for bands around town, as a partner to help with the business side of things.

The trio eventually settled on the 1,200-square-foot 16th floor of the clock tower. Broker Patrick Rowe of Fort Collins-based Hub Real Estate represented the company, and Kentwood sales agents Karen Landers and David Morrison represented owner Erwin Pfeifer, who bought the 16th floor for $520,000 in 2019, according to the property records.

The floors of the 21-storey clock tower are privately owned and used primarily as offices. In recent years, however, the top five floors, which belong to My Brother’s Bar owner Danny Newman, have been rented out primarily for weddings and other events. 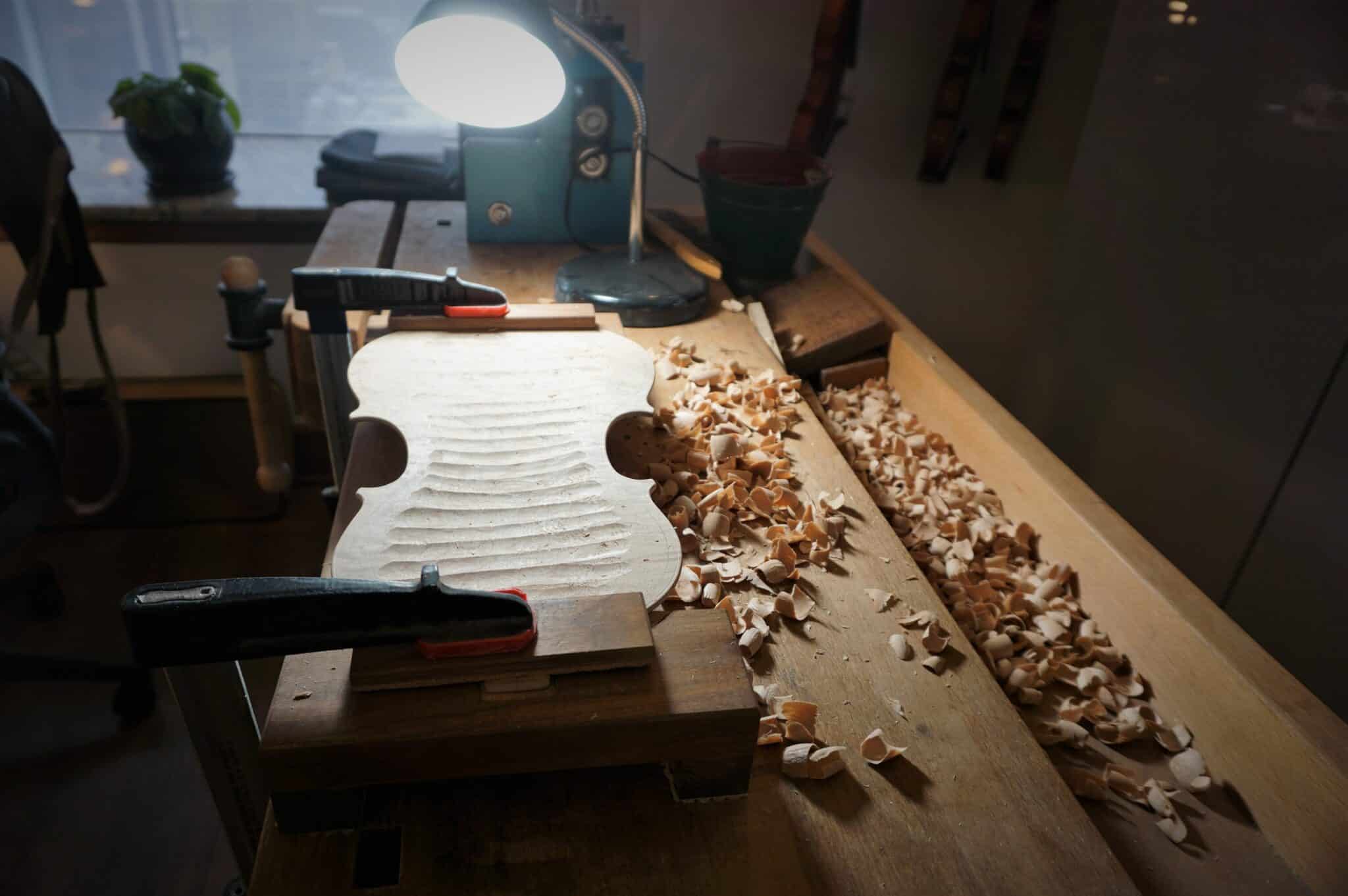 Miller’s studio has expanded since he left home.

Denver Violins was originally looking for retail space, but realized the clock tower made sense.

“We wanted natural light for manufacturing, but most retail stores take a shotgun approach with a patch of light up front,” Mackenzie Miller said. “We also recognized that we didn’t necessarily need foot traffic. Many of our clients usually make an appointment or already knew the job and had come to us before.

The clock tower poses a challenge for Orman, but it’s manageable.

“I’ve always had a weird phobia of large structures, which is ironic, and I’m fine now,” he said. “But on windy days, this place moves a lot, which is disconcerting.” 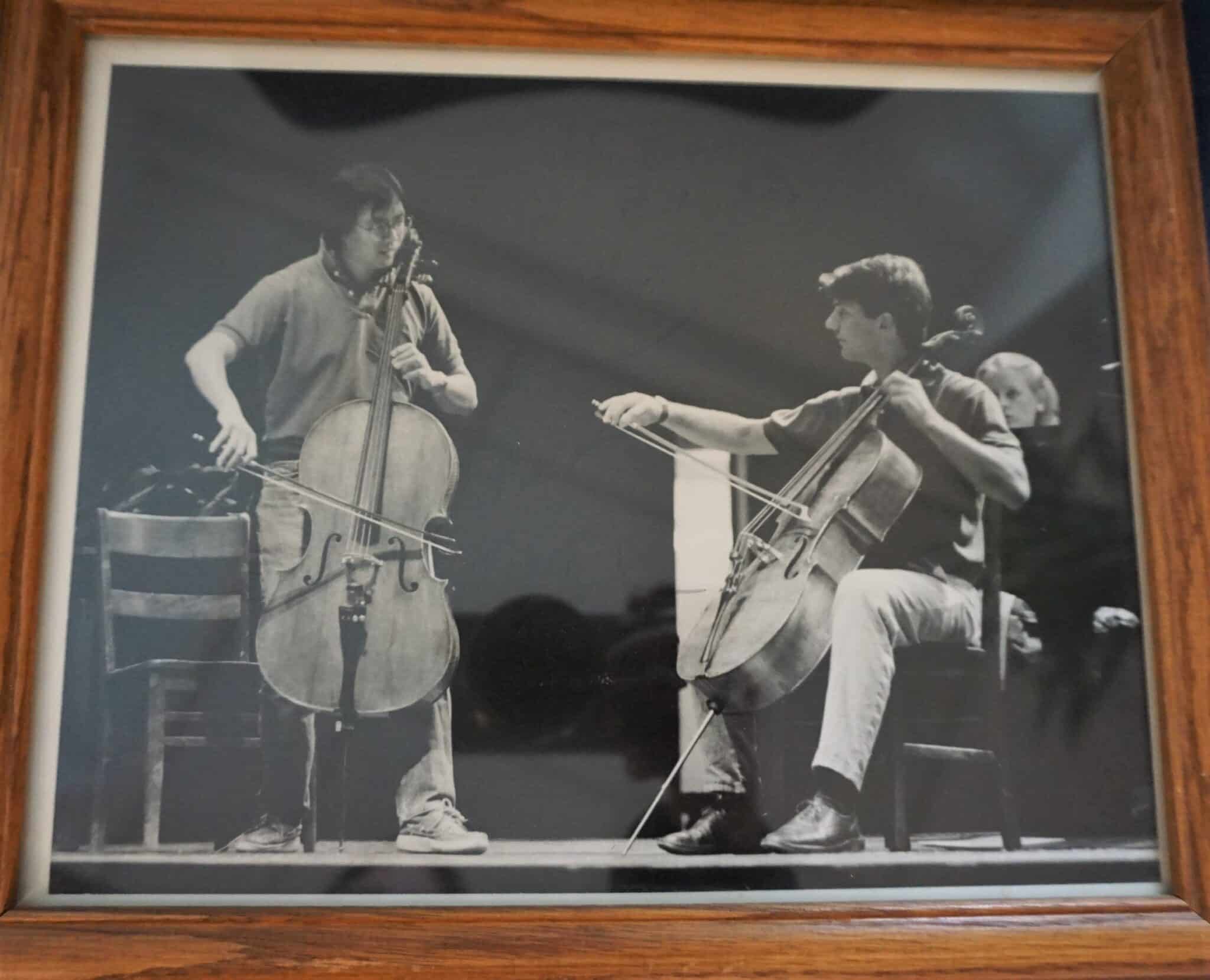 Orman, a 56-year-old native of Loveland, had been playing the cello since he was 10 and fell in love with the idea that a good bow is necessary to make good music. He attended bow making workshops at Oberlin College for 20 years.

Miller, a 40-year-old Fort Collins native, studied music at the University of Northern Colorado and went to the Violin Making School of America in Utah. They became friends through the local music scene, which led to the business partnership.

Denver Violins offers repairs and takes a 25% commission when selling instruments and bows made by others. He also sells vintage instruments that the pair find at places like estate sales.

“The value of these things is a whole world unto itself,” Miller said. “A lot of it is based on history and demand, and you need to have documentation of its value; it’s like an art business. 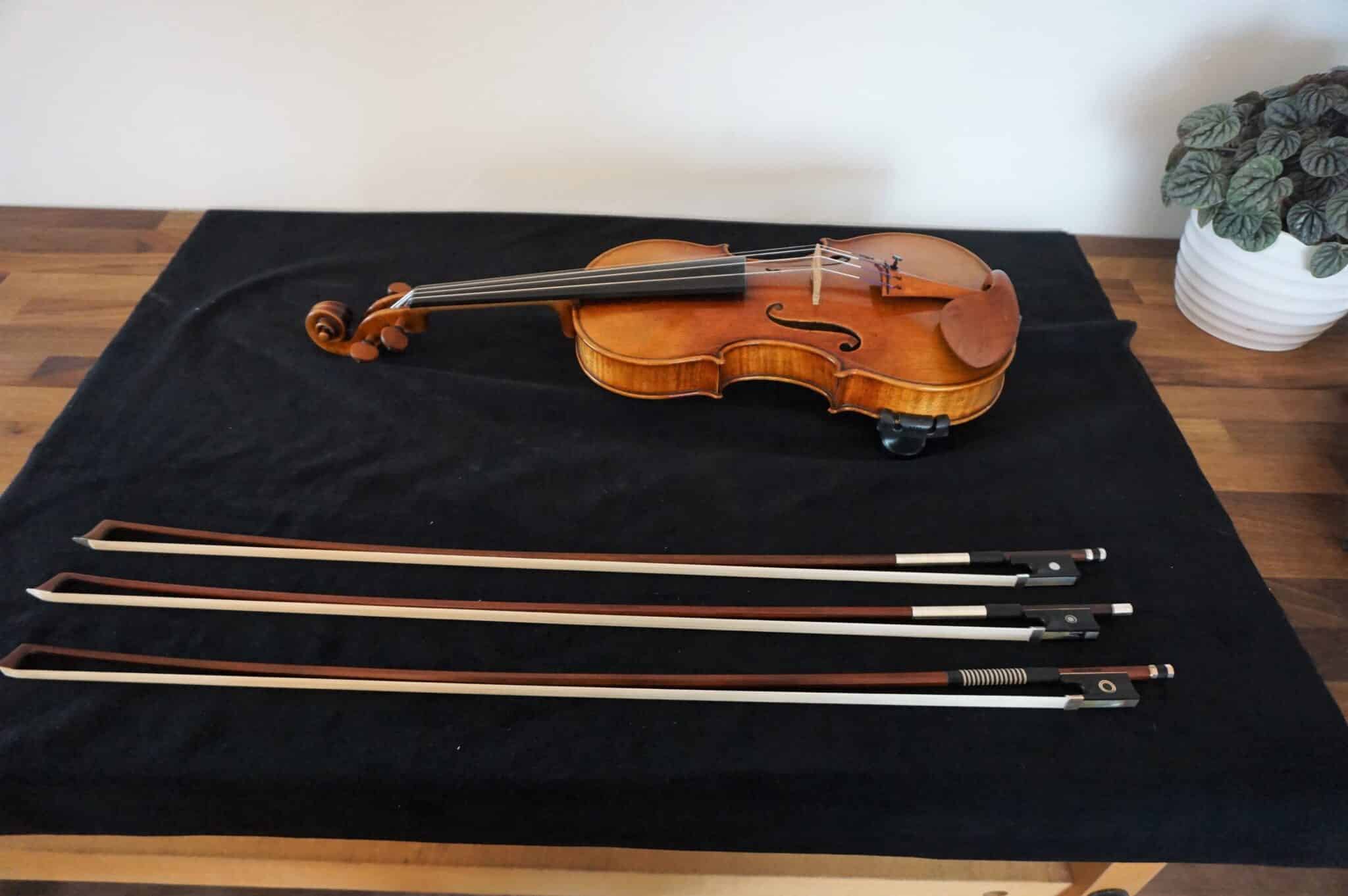 One of Miller’s handmade fiddles and Orman bows.

Orman said their clientele has changed somewhat during COVID.

“COVID was interesting,” he said. “A lot of people who played instruments when they were younger, when they were stuck at home, decided they wanted to play again. But professional musicians have suffered during the pandemic, and that part of our business has dropped dramatically.”

“They are both sensitive to the different needs of string players,” Dusinberre said. “Idiosyncrasies and individual preferences for the feel of a bow in the hand or the sound of the violin under the ear. They can adapt their work to everyone.