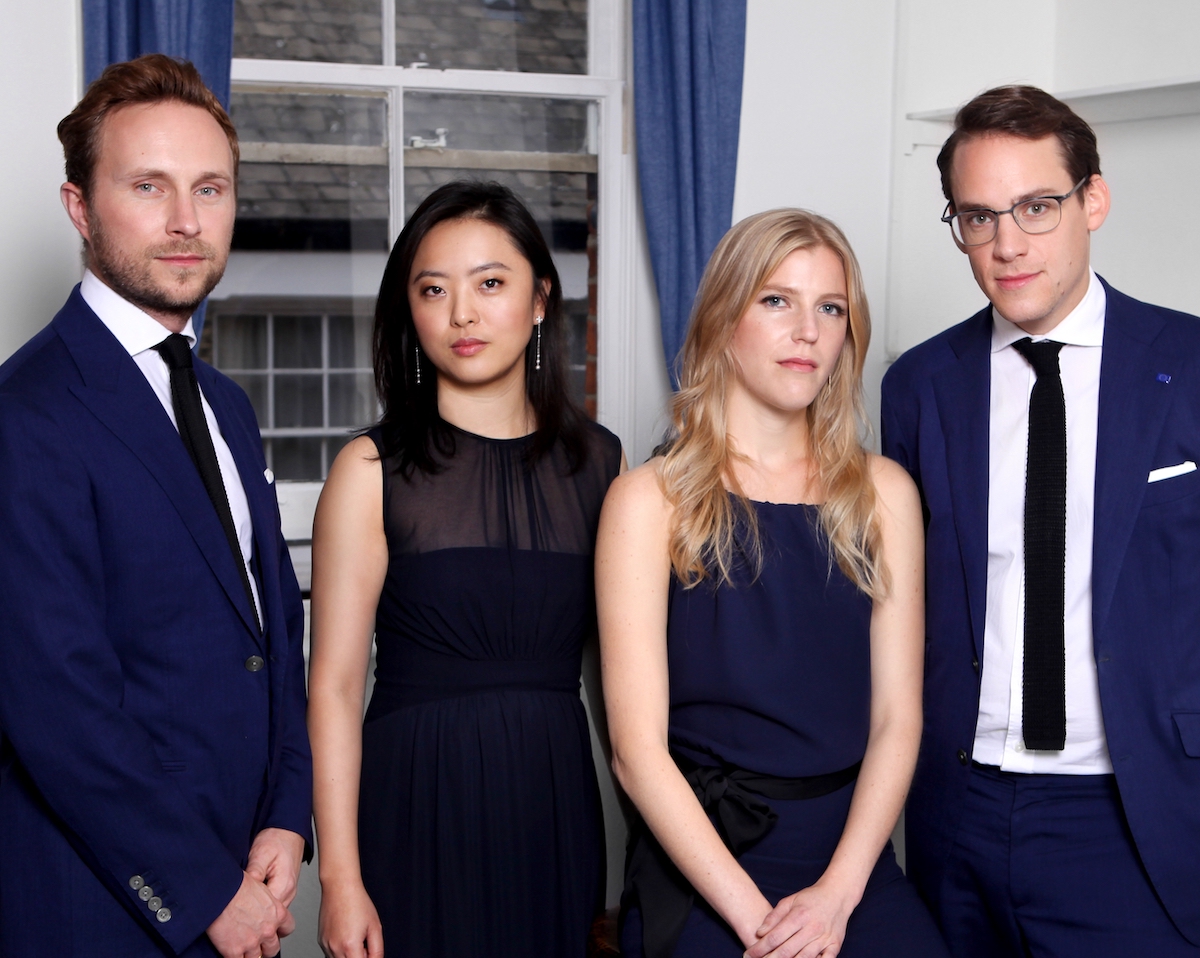 Julieanne is studying at MUK Vienna under Pavel Vernikov. She won Young Musician of the Year for Strings by NCH, 1st prize at the Fr Frank Maher Classical Music Awards, several first prizes at the Feis Ceoil and the John Pollard scholarship for violin. Julieanne was concertmaster of NYO and RIAMSO. She made her solo debut with TEN Concert Orchestra and at Carnegie Hall with the New York Concerti Sinfonietta.

Shane is studying at RIAM with Sarah Sew in the Young Scholar program and at Schola Cantorum, St Finian’s. He plays with NYOis co-director of DYO and conductor of the Julianstown Youth Orchestra. Shane is the recipient of several Feis Ceoils for violin, piano and organ.

Kevin O’Loughlin is a violist currently studying at UCD, where he received an Ad Astra Performing Arts Fellowship. He studied the viola with Simon Aspell at RIAM. He has won numerous prizes and awards at the Feis Ceoil, RIAMNewry and Newpark, such as the Arthur Catterall Cup at Feis Ceoil Dublin and the John Pollard Fellowship at RIAM. He has performed with orchestras and chamber ensembles both at home and abroad, notably conducting the viola sections of the National Youth Orchestra of Ireland and the Verbier Festival Junior Orchestra in Switzerland and taking part in the of chamber music “MusicWorks” in England. This year he is giving a recital as “Rising Star” at the Killaloe Music Festival.

Catherine Cotter studied cello at the Royal Irish Academy of Music with Christopher Marwood, where she began her studies with Aisling Drury-Byrne in 2009. She has performed on several occasions in the BSE Feis Ceoil, where she won several first prizes. She is the former principal cellist of the National Youth Orchestra of Ireland. Catherine received the Dublin Philharmonic Junior Solo Competition in the RIAMas well as the Stephen Vernon Fellowship for Outstanding Cellist or Double Bassist, in December 2020. She was named Music for Galway’s inaugural ‘Cellissimo’ Ambassador in September 2021 and currently plays the ‘Galway Cello’, an instrument which was commissioned for the festival.

Firmly established as one of the leading quartets of their generation, the Doric String Quartet receives enthusiastic responses from audiences and critics around the world. With a repertoire ranging from Haydn to Bartok, Ades and Brett Dean, the Quartet’s program takes them to major concert halls around the world, including the Concertgebouw Amsterdam, Konzerthaus Vienna, Konzerthaus Berlin, Elbphilharmonie Hamburg, the Louvre, Carnegie Hall and Kioi Hall in Tokyo. than regular performances at Wigmore Hall. A recent highlight of the Quartet’s lineup has been Brett Dean’s String Quartet No. 3, written specifically for the Quartet. World premiered in June 2019, “Hidden Agendas” has been co-commissioned for the Doric by Konzerthaus Berlin, Carnegie Hall, Amsterdam String Quartet Biennial, Edinburgh International Festival, Musica Viva Australia and the West Cork Chamber Music Festival. Formed in 1998, the Doric String Quartet won first prize at the Osaka International Chamber Music Competition in 2008 and second prize at the Premio Paolo Borciani International String Quartet Competition. In 2015, the Quartet was appointed Teaching Quartet in Association at the Royal Academy of Music in London.