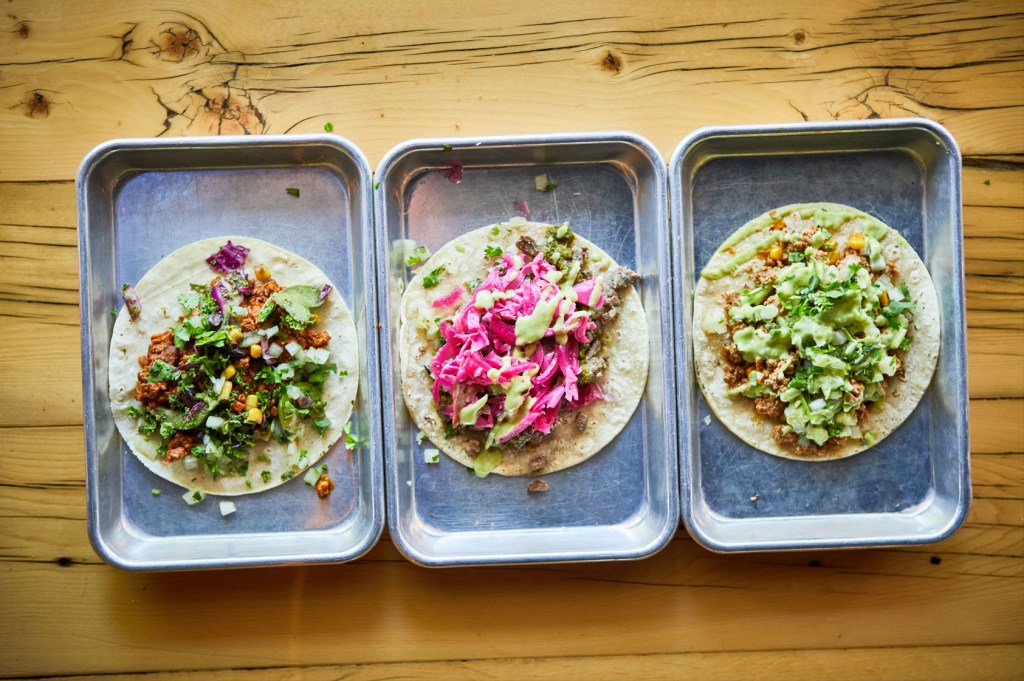 Eating tacos on a patio is great. Eating them on a rooftop terrace is even better.

McDevitt Taco Supply, which has grown steadily in Boulder County since rolling out its first taco cart on the Pearl Street Mall in 2011, will open a location in Denver inside the newly completed Vib Hotel, at 3560 Brighton Blvd., in the River North Art District, on June 28.

It will serve happy hour burritos and coffee on the first floor and a full menu of tacos, sandwiches, wings and other dishes on the eighth floor rooftop terrace. Both spots will be open to the public.

“It has a view of the Front Range and a view of the city,” says Bradford McDevitt, who also has a physical location at 4800 Baseline Road in Boulder, a permanent truck at Sanitas Brewing in Boulder, and a travel cart for festivals in Boulder. music. “I couldn’t be more excited.”

McDevitt first signed with Vib (pronounced Vibe) in 2019 when the project was supposed to kick off. But delays, including the pandemic and supply chain issues, have delayed construction. The 140-room hotel is part of a new boutique brand for Best Western International, and there are only two other US locations, in Tempe, Arizona and Springfield, Missouri.

And though the hotel is targeting a hip crowd, Jennifer Gipfert, Vib’s property and project manager, said she doesn’t want McDevitt Taco to be pigeonholed. “It’s a laid-back Colorado rooftop where everyone is welcome…and there’s something for everyone.” For Gipfert herself, that means the restaurant’s wings, which she says are “the best wings I’ve ever had.”

Running a restaurant on a rooftop can be a challenge because there’s no connection at street level with people walking or driving, but Gipfert said she doesn’t think that will be a problem. especially since the hotel is located a few blocks from the Mission Ballroom. “What I really love about Bradford and his team is that they have a cult following, for lack of a better word, and people really go out to find them without them having to do a ton of marketing. “

Just down the street, the Source Hotel also has a rooftop restaurant, Woods, which it has partnered with New Belgium Brewing on. Other hotel rooftop restaurants in Denver include: Red Barber inside RiNo’s CatBird Hotel, 54thirty Rooftop at downtown Le Méridien, Fire at the Art hotel on Broadway, and Kisbee on the Roof at the Jacquard Hotel in Cherry Creek.