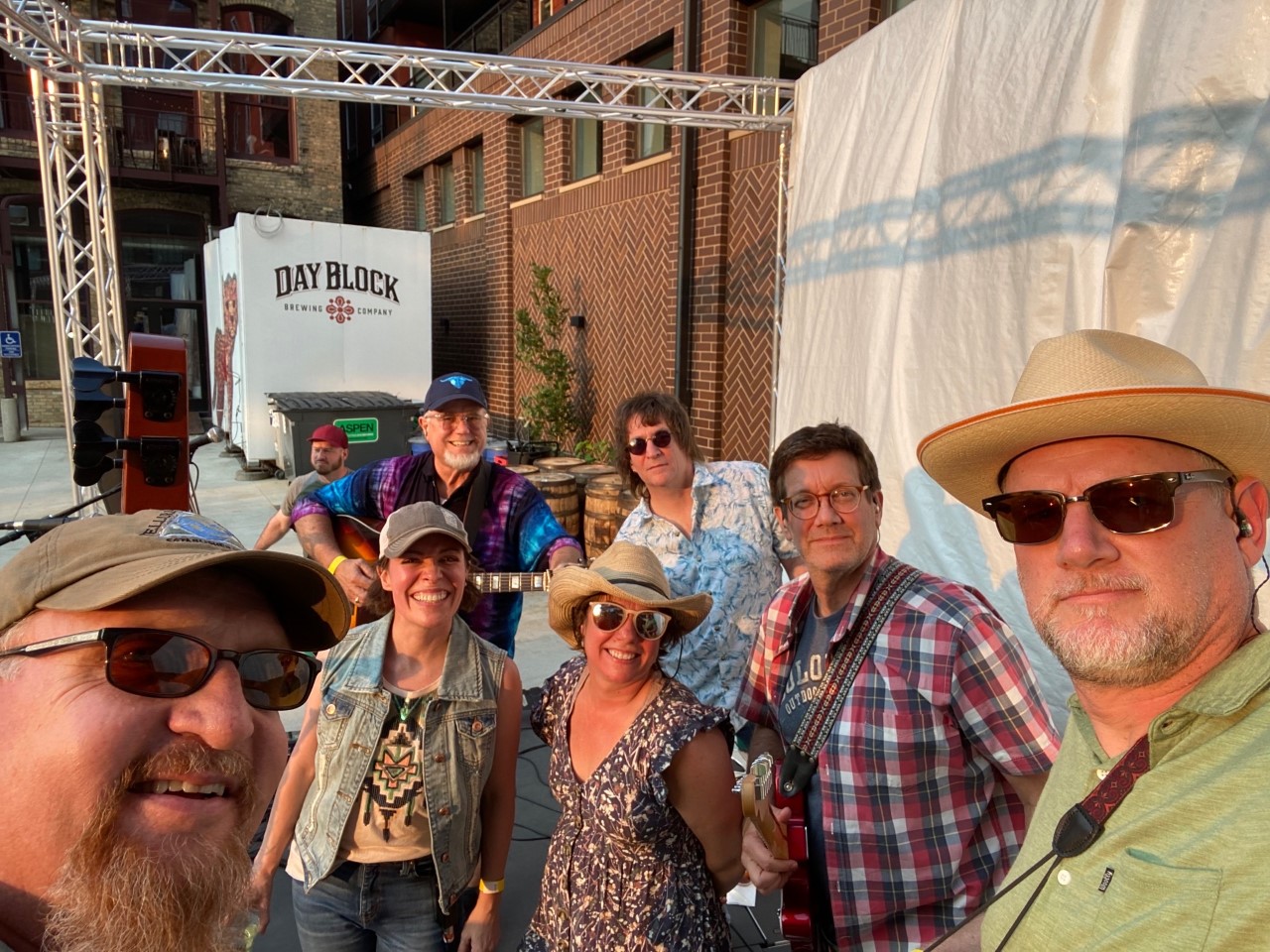 The Driftwood Arctic Char Bar is known as a local music hub in south Minneapolis. People can wander around to find artists from across the state captivating their audiences.

Tucked away in this charming hole-in-the-wall bar, two bands from Minnesota will perform back-to-back on July 1, starting at 6:30 p.m. Despite differing genres, the Potluck String Band and the New Salty Dog pair well together.

Rooted in New Grass and Americana, the Potluck String Band uses an array of instruments to create their sound: acoustic guitar, banjo, fiddle, electric guitar, mando, dobro, double bass, washboard and harmonica. Band member Jimbo Miller explains the name, saying, “We started a ‘Friday Potluck’ at my house where people would bring a dish to share, a bottle or six-pack to share and an instrument to play… [and a friend interested in picking (a technique of plucking strings with your fingers)].” There was no intention of forming a band, but once it was born, it felt right to pay homage to the band’s origins.

“After attending many bluegrass festivals and being amazed by the awesome pickers we witnessed, we decided to learn to play ourselves in 2014,” says Miller. “We decided we didn’t just want to watch anymore.”

Beginning in Miller’s basement in Richfield, this band has grown to now play nearly 40 gigs a year. The Potluck String Band has a unique age range among its members, ranging from 38 to 64 years old. It’s hard to believe that most of the members only started playing recently.

With songs like ‘Alabama Pines’ and ‘Hard Travelin’, the cohesion between each instrument is clear. The upbeat, fast songs make it hard to sit still and fight the urge to dance. Miller said, “We hope our fans and supporters leave our shows with smiles, having spent a few hours sharing our love for music and each other.”

The Potluck String Band is in the process of finishing their first album, which will be released on Spotify in August or September. In the meantime, you can listen to their music on Facebook, Instagram or on potluckstringband.com.

This trio, originally from Duluth, is a funk band with two albums: “Pecan, Pecon” and a live album performed at Duluth’s Ripple Bar on September 18, 2020. Their latest is a song called “One Line at a Time”. , released May 2022. New Salty Dog’s refreshing rhythmic sound features guitar, drums, and bass, and often horn and keyboards, thanks to input from friends.

Jacob Mahon of New Salty Dog describes their live performances as having a “clean, simple setup that we really like to explore”.

The songwriting is inspired by folk music, but when it comes to playing, the trio imitates funk and jazz. New Salty Dog members can read each other while playing live and see where the music takes them. “There’s a kind of high you get when you let the music go,” Mahon says. “It’s surprising to see where the music is going.” It’s not only enjoyable for the musicians, but it’s also energizing for the audience, as they are encouraged to feel what they need to feel.

Before the pandemic, the band played as Jacob Mahon and the Salty Dogs. Now they play fresh salty shows with songs like “Dear Do You Love Me?” and “The Sleepy Adventures of Sleepy Hank”.

You can listen to New Salty Dog on Spotify and Apple Music. Visit their Facebook page for updates.