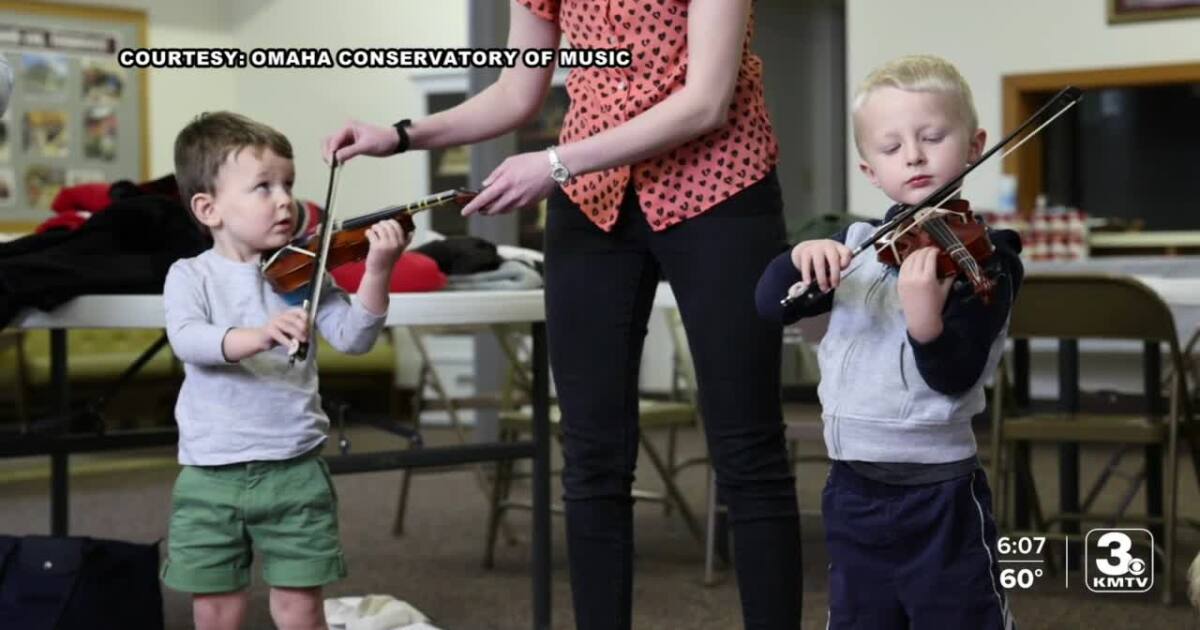 OMAHA, Neb. (KMTV) – It’s a growing program that has kids as young as three playing instruments.

The Omaha Conservatory of Music established String Sprouts nine years ago to give children in underserved areas the opportunity to learn to play the violin, viola and cello at little or no cost.

Children enroll between the ages of three and six and continue the program for five years.

The program has approximately one thousand children at 16 sites in Omaha, Council Bluffs and Scottsbluff.

“Every child should have this opportunity. If the barrier is that I don’t have an instrument, we take that away and put an instrument in their hands. If the obstacle is that we don’t have enough money to do this, that’s not a problem. We’ve gotten to where they can still be in the program,” said Ruth Meints, executive director of the Omaha Conservatory of Music. “That’s what we want it to be. We want to have music for everyone.

Meints says it’s the enhanced development children get from the program that makes it so special.

According to a UNMC Munroe-Meyer assessment, students improved their vocabulary, math, and behavioral skills.

“They found that your brain is greatly improved with two years of education and maximum benefits at five. Which then impacts reading and all the skills you need for academic achievement,” Meints said. “Then there is also the integration of left and right brains.”

She says students also learn to work with others before enrolling in school.

First and fifth year students in the program will be able to show off their skills when they perform alongside the Omaha Symphony this Saturday at 3 p.m. at the Holland Performing Arts Center.

The second, third and fourth year students will perform at Turner Park on May 21.

For more info on performances or string shoots, click here.