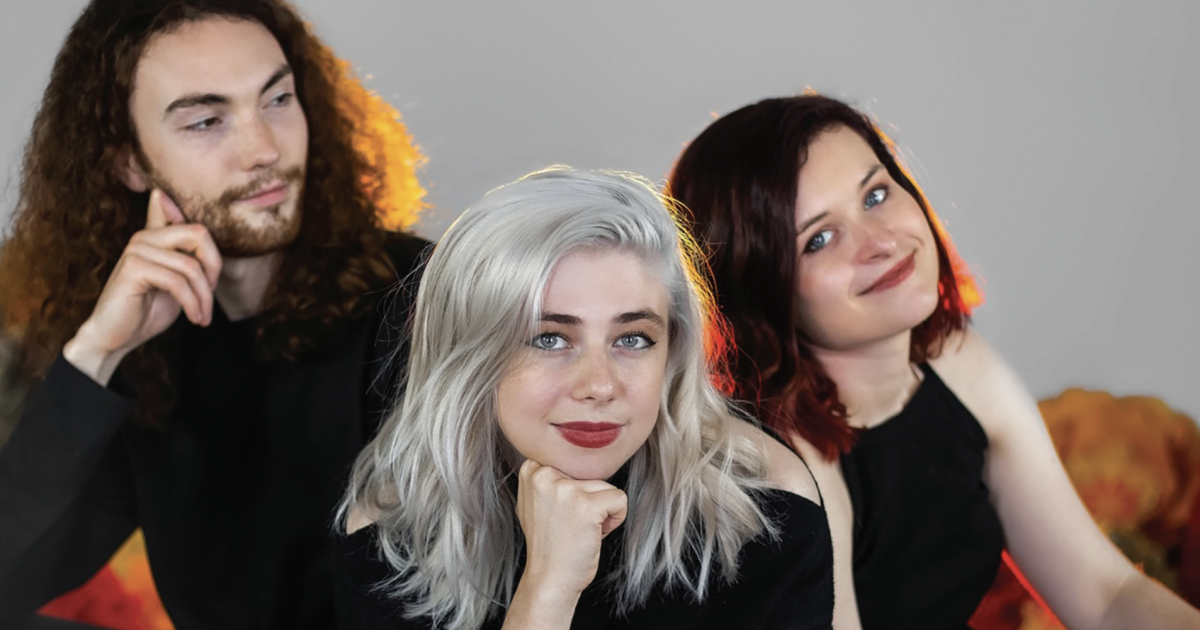 On the rope: the intentionality of accidents

When people like me advocate for increased education and exposure to the fine arts in public schools, success stories like Accidentals are on the agenda. This ultra-creative and musically daring trio from Traverse City, MI was born when two teenage college students volunteered for a string ensemble, met and became, as they say, musical soul mates. That’s why Katie Larson, Sav Buist, and I spend so much time on Episode 205 of The String talking about high school.

“Our public high school had an orchestra program, which in itself is pretty rare these days,” Larson says in the interview. “And then our orchestra teacher was like, y’all should try playing electric instruments, which is also pretty rare. She brought a duo called the Moxie Strings to our class and was like, check out what these women can do with their instruments. And, you know, that inspired me to pick up an electric cello and experiment with that. We just had so much support.

While Buist (which rhymes with robbery by the way), remembers staying after school to deepen her knowledge of the violin. “There was an alternative styles string club that would buy Led Zeppelin arrangements online and then we would get together and cover songs from them or Coldplay. From there, we kind of made the jump to playing shows together.

The multi-instrumental duo became a trio in 2014 when they met drummer Michael Dause, complementing the band’s exceptionally rich and syncopated rhythmic sensibility. The Accidentals caught my attention from their earliest singles and EP Parking Lot, which features strummed and plucked strings, fuzzy-toned electric guitars, deft harmonies and delicate rhythms, like the overloaded tour van depicted on the cover. . The band garnered enough attention with their jaw-dropping gigs to land a major deal with Sony for their debut album Odyssey in 2017, though that relationship didn’t last. It’s okay because their 2021 album Ship is, in their opinion and mine, the best set they have put together.

The title track, built around a cute word that can mean a transport vehicle or a container for something special, had been in the band’s repertoire for about five years, searching for the right record home but a must-have. of their live shows, Larson mentioned. Because his refrain “we’ll get where we want to be” was a comforting mantra amid the drudgery of playing 250 dates a year and the joyous exhaustion of caring closely for their growing fan base. Both the song and the album are about perspective, the ladies said, physically embodied in the album’s artful cover art.

“You can see it’s kind of this plane,” Buist says. “But if you look closer, it’s a plane made out of all this trash basically. But the trash all makes sense. You see the hubcaps from when our van was destroyed in a car accident. You see our bows (violin and cello). You see marigolds and broken guitar strings. It’s a fascinating piece of collage art that echoes the wildly eclectic influences the Accidentals incorporated into their sound.” When you get a overview of something, you can get this idea of ​​what you think it is. But when you zoom in, it takes on a whole new meaning. So yes, that was our vision. And we hope we got it. But we are so proud of this record. I mean, it’s a long time coming.

There’s plenty more here, including Katie and Sav’s recent co-written adventures with star songwriters, from Kim Richey to Tom Paxton, which led to their other recent recordings, EPs titled Time Out #1 and #2. And we also reminisce about the non-profit organization they started to help artists run the kinds of workshops in schools that inspired them to embark on sophisticated music and a touring life.