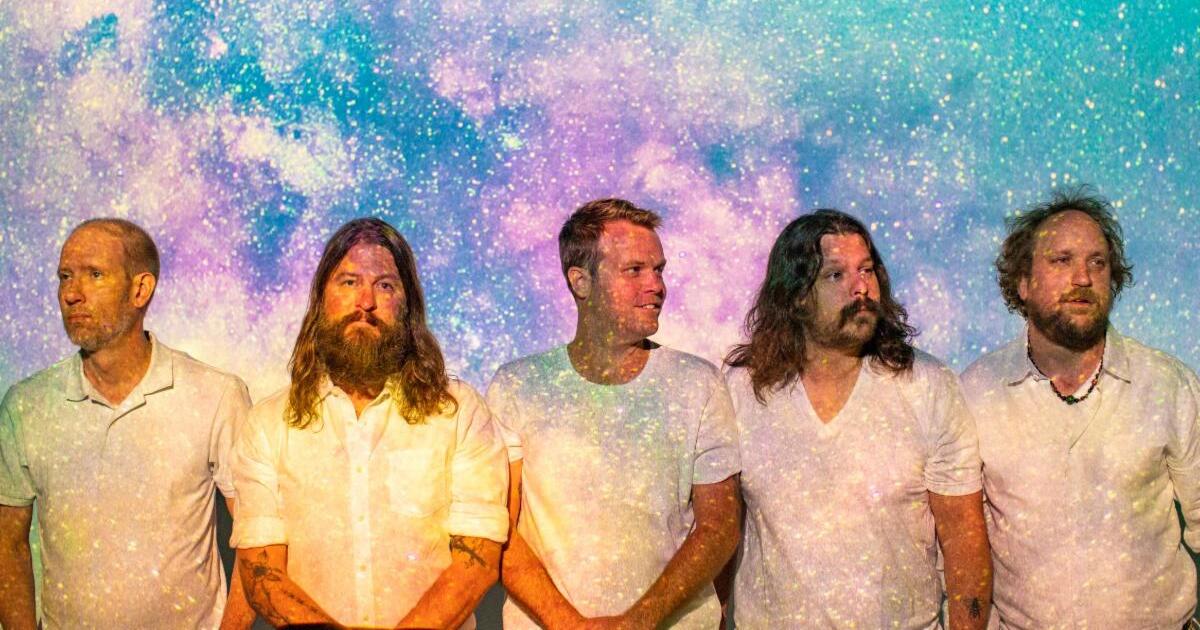 On the rope: twenty years of Bluegrass Greensky

Around the turn of the millennium, bluegrass music experienced one of the periodic booms that helped it grow and change on a 75-year journey as a great American genre. Ricky Skaggs had started his band Kentucky Thunder. Dolly Parton has released her heartbreaking and heartbreaking album The Grass Is Blue. And the Del McCoury Band was in the middle of its long reign as bluegrass’ most influential band. That’s why we can trace the origins of many of today’s coolest bands back to those years, when teenagers and 20-somethings got together – often at colleges and universities – to learn music on the fly. It happened in Kalamazoo MI, where open-mic stages and a music-loving craft brewery spurred the rise of Greensky Bluegrass.

“I bought a mandolin a bit on a whim,” says founding member Paul Hoffman, then a Phish and Grateful Dead fan who had discovered the acoustic side of Jerry Garcia. “And when I moved to Kalamazoo, I went to an open mic night, where, to my surprise, Dave Bruzza (guitar) and Michael Bont (banjo) were playing bluegrass. Being a new student at the time, I I was pretty outgoing. And I approached them and asked if I could come play with them someday. So we all learned that together.

On Episode 196 of The String, I spoke with Hoffman and bassist Mike Devol, who joined a year or two after the band started playing in the area. He says that at the time he was a major cellist who had abandoned any notion of a classical career, and he was so taken with Greensky that he lent a hand in their business and promotion. But the band floated the idea of ​​changing instruments and joining the band. He explained how Greensky went from a centre-left regional bluegrass ensemble to their recipe for escapism of original songwriting and outlandish improvisation.

By chance or by design, this direction has led them into the warm embrace of a quickly galvanized audience that loves outdoor sports, mountains, craft beer, cannabis and dance music celebrations. Hoffman says it’s been a rewarding ecosystem.

“There is a lot of mutual respect between all these groups. We’re not a huge genre, so to speak, jamgrass, with (Yonder Mountain Stringband, Leftover Salmon, Railroad Earth, The Infamous Stringdusters, Billy Strings). We play a lot of the same events and we all get along great as friends. There have been some collaborations between the groups that have mixed. And so for the fanbase, and for the band, I think there’s a real community of something that’s bigger than all of us.

For all their prowess as a live band, Greensky Bluegrass have long taken care of their recordings and are proud of them. If Sorrows Swim from 2014 and All For Money from 2019 are good candidates to start a collection. Work began on the new project in 2019, but the pandemic put a damper on work like everyone else. The result, however, was more time to reflect and refine and more opportunities for more band members to contribute songs to what has been an almost entirely Hoffman songbook. Bassist Devol stepped in with songs for the first time, and one became the epic title track “Stress Dreams.”

“We tour a lot. So we found plenty of time for our material to be developed in moments between two or three of us behind the scenes, sort of nibbling ideas and letting them simmer. And the process for that was so different from being separated,” Devol explains in the interview. “I had to explore what my writing process was. I’m still trying to find out what it is. It’s new for me. But I had some success with this album. It was cool (for) each of us to work separately and then have this very collaborative approach once the material was presented to each other.

The album landed last Friday with resounding impact. Glide magazine said it “exemplifies, once again, perfectly why Greensky Bluegrass is heralded as one of the most important and influential bands of the modern era of progressive bluegrass.” Holler.com credits her with “a palpable sense of self-awareness and renewed joy.”

Greensky has been on tour for several weeks with the Infamous Stringdusters. More info here.