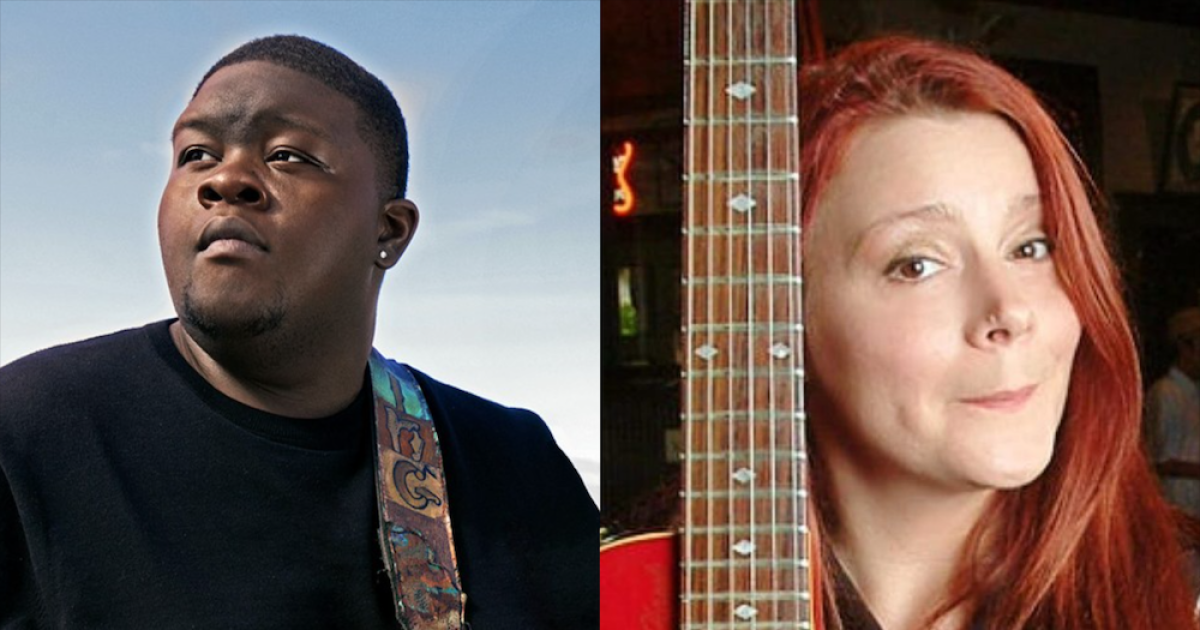 On The String: New Blues by Carolyn Wonderland and Kingfish

The blues is a beautiful paradox. Its characteristics are timeless, but its capacity for individual expression and evolution seems inexhaustible. This week’s String tells a bit of that story, putting 52-year-old Alligator Records in the spotlight with two star artists who have been added to the roster over the past few years.

Christone “Kingfish” Ingram leads today’s blues youth brigade from his home base of Clarksdale, MS with incredible finesse and power for a 23-year-old player. Carolyn Wonderland of Austin, TX is a proven veteran, already a Hall of Famer at the Austin Music Awards before her 50th birthday. Where Kingfish released their second album Alligator in 2021, Wonderland made their label debut last year. The two are singer/songwriter/player triple threats, but that’s about where the similarities end. And these accompanying conversations constitute a rich hour of radio.

Ingram’s musical upbringing defies any sort of mythology about bluesmen emerging out of nowhere, their talents fully and perhaps diabolically trained. He got his start with a bunch of other kids in the music education system growing up in and around the Delta Blues Museum in Clarksdale. This city, arguably the most important destination for a blues fan and pilgrim, has invested in its cultural heritage and music tourism, while nurturing its own community. Ingram tells me what he remembers of his journey, where he studied drums, bass and eventually guitar.

“Well, if you were in the beginner class, you walked in, they would teach you the names of the strings, how to hold a guitar, the names of the notes. And I always remember them starting you off with an easy blues, like a Jimmy Reed riff or something. And then when you were in the advanced or intermediate class, we would come in and sit down and play blues standards. And they were telling us, you know, that song was by Freddie King or whatever. And even sometimes we would put the instruments down, and they had these blues memories. And we would sit in a circle and read them. So it was like a complete education.

In his album 662named after the northern Mississippi area code, Ingram tells us a lot about his biography in songs. “I played my first gig at a place called Red’s/Eleven years old, sneaking out of bed,” he sings in the ode to Clarksdale “Something In The Dirt”. Ingram was a guest prodigy playing all over town and then the region. In 2014, he was part of a museum delegation that performed for Michelle Obama at the White House. Great blues musicians are interested in him. And along the way, he says his mother was an anchor and a champion. Princess Pride was her wonderful name, and sad to say, she died shortly after the release of Christone’s debut album. He sings a eulogy in the song “Rock and Roll” and he told me a bit about her.

Wonderland also talks about his mom. Growing up in Houston, Carolyn heard her mother play folk and country in work bands and was able to play her guitar (which led to a funny incident that put Carolyn on the path to fingerplaying naked instead of a pick). And like Kingfish, she found herself in concert halls when she was well underage, which led to fateful encounters.

“I borrowed the car without my parents’ knowledge and went out to listen to music,” she says. “And I ended up doing a song swap at the end of the night, drinking with this guy. He had released ‘If I Needed You’ and ‘Pancho and Lefty’. I was like, you know, I thought that was one of my mom’s songs. His group did it all the time. And he said, yeah, that’s one of my most popular songs. And I realized, oh, wait a second. I play guitar with Townes Van Zandt! I wanted so badly to tell my mom, but if I did she would know I took the car.

Wonderland runs through the beats of its history in our half hour – being persuaded to move to Austin around 2000, growing closer to Ray Benson who signed it to his Bismeaux Records label and his recent world touring adventures in the band of English blues icon John Mayall. She’s a polite little woman who seems to push a foot and sprout her claws on stage, where her attack as a vocalist and electric guitarist can be fierce and spirited. She did tempting fatethe album that would land her alone on Alligator before the pandemic set in, and she reached out through a friend to her hero Dave Alvin to produce it.

“I always had in mind that he would understand my whole gender-neutral approach, because he’s got a foot in all genres as well. His songs are so well crafted. And I just felt like, man, so someone could improve what I do, it would be him.

The result is a collection more than worthy of that Alligator print. No Depression called it, “a moving, no-prisoners cry rooted in the past that still shines brightly into the future.” Original songs like “Crack In The Wall” are meaningful and relevant. Its many covers span a sweet range, from Billy Joe Shaver’s taught and loving “Honey Bee” to Mayall’s topical “The Laws Must Change,” and ends with a seven-minute take on the “Grateful Dead” by Gratefully Dead. Loser” which goes from a whisper to a roaring jam before a comfortable conclusion. “We panicked and panicked again,” says Wonderland. Words to live.

Supply of warehouse space has yet to meet demand