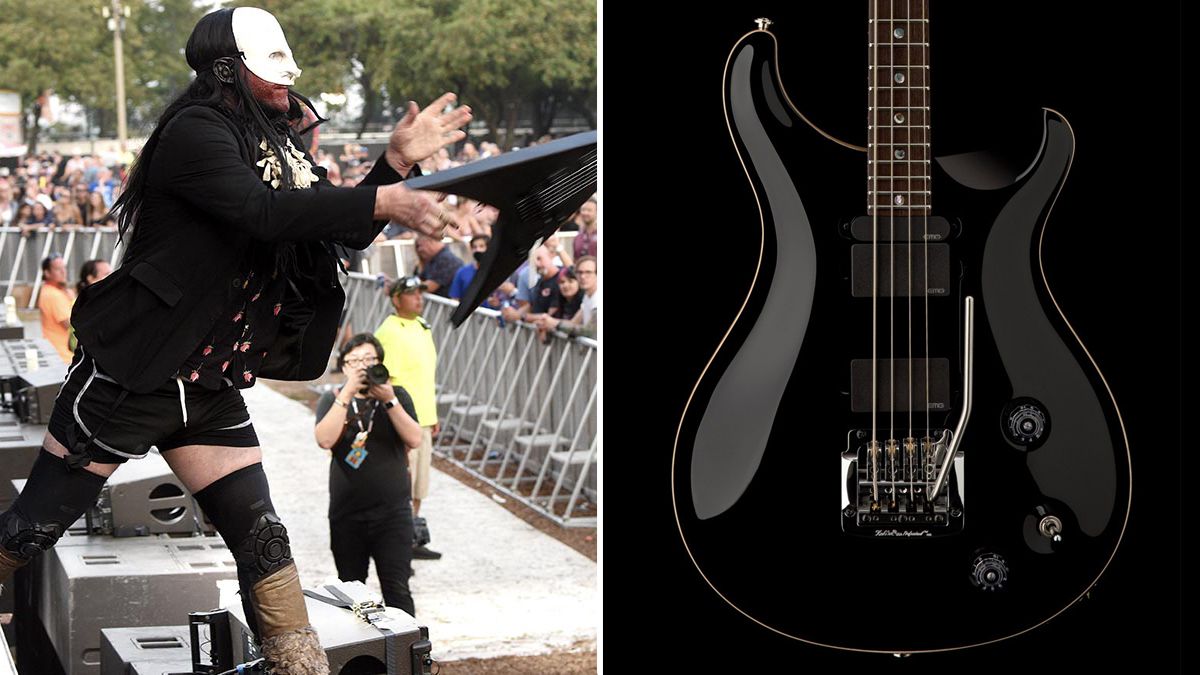 When Wes Borland rose to fame on the crest wave of the ’90s nu-metal scene, it was for his seven-string guitar abilities, using that extra low-end muscle to add weight to percussive riffs. But in the 21st century, is it about to do the same with the four strings?

Don’t rule it out. First, it’s got the form, sometimes preferring a custom four-string baritone, and second, Borland just got a custom four-string build from the quintessential high-end electric guitar maker PRS – and he says it just might be the best. most amazing instrument he had ever played.

sit with PRS Speaking of guitars, Limp Bizkit’s Still Sucks tour, and of course his Coachella dates with Danny Elfman, Borland said he couldn’t be happier with this four-string bass guitar hybrid, leaving hear that this prototype could be put to work.

“The new four-string is probably the most amazing instrument I’ve ever played,” Borland said. “Having a locking tremolo system has expanded a lot of what I’m trying with all of this. This idea. Having the classic AADG or F#F#BE tuning that I’ve been using for so long paired with all the whammy bar riffs that I do is on another level for me.

Borland’s electric guitar-bass hybrid having been overhauled last year, Borland says the design is exactly where it’s needed, and was used on Limp Bizkit’s latest album, always sucksalbeit in an unorthodox way.

“The guitar is way beyond the prototype in my opinion,” he continued. “I think he finally hit the shape he always wanted to be in my head. I couldn’t be happier with that. He actually ended up on the album at the last minute, but not in a way that shows its capabilities I used it on a melodic EBow lead on the bridge of the INXS hood Do not change.”

It’s unclear if this will see a wider release. Borland has been a PRS artist for some time. But the way his name is inscribed on the truss rod cover, coupled with the instance of the word prototype, it looks like a left turn for PRS.

Sure, a guitar-bass hybrid with a floating tremolo, a pair of EMG humbuckers, and an EMG single-coil stuck in there at the neck is a pretty controversial spec for the lackluster conservatism of the guitar community, but it just might make his way…

It’s not like it’s that radical or anything – hey, they could have taken inspiration from a vintage Stratocaster from the 60s and reversed the headstock. That would have caused a stir, wouldn’t it?

You can read the full Borland interview at PRS Guitars.

‘A Quick 5’ with the Cuarteto Latinoamericano, String Quartet