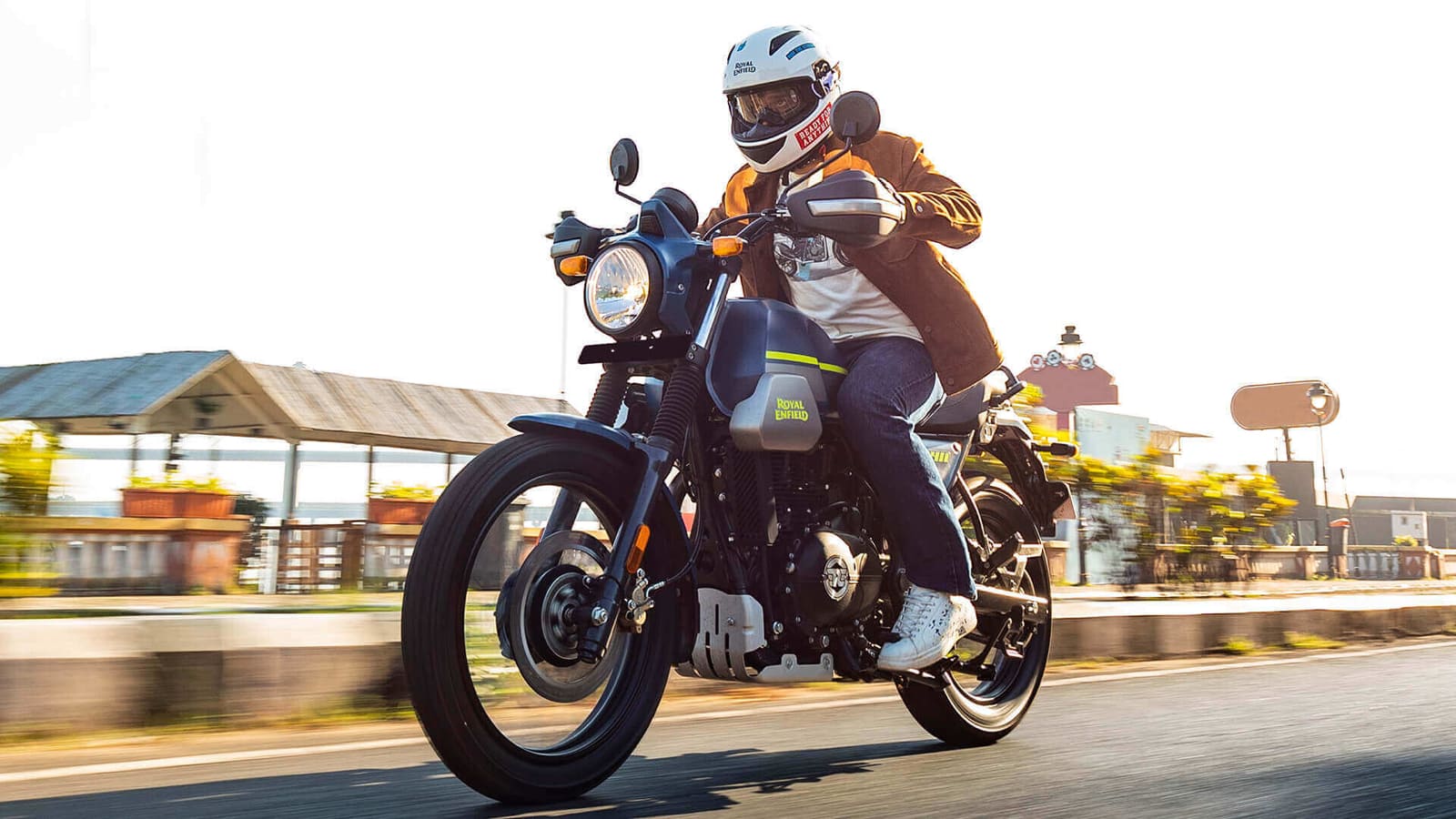 The new Royal Enfield Scram 411 is based on RE Himalayan, and here we have explained in detail all the differences between them

Royal Enfield has recently launched its new scrambler – Scram 411 – in the Indian market. It’s basically a naked version of the brand’s ADV – Himalayan – with many similarities and differences between the two. The 411cc (24.31PS/32Nm) oil-cooled engine, for example, is the same between them, and it’s mated to a 5-speed gearbox.

RE Scram 411 and Himalayan have the same architecture and their overall designs have many notable similarities. The frame, fuel tank (15 litres) and rear section panels (including taillight) are identical on both bikes. The mirrors are round on both, in keeping with the retro theme. Additionally, both bikes get flashy paint schemes, different on each.

There are also a lot of differences between these two bikes. RE Himalayan gets a front subframe, which acts as a skeletal fairing and on which the headlight is mounted. We also see a large visor up front to deflect the wind, as well as a beak-shaped mudguard. Other than that, it gets a split-seat setup, upper case mount on the tail, and a long, upswept exhaust.

RE Scram 411 has a simpler design in comparison. It features a sleek headlight cowl, small tank extensions, skid plate, one-piece seat and one-piece passenger grab handle. While both bikes have wire-spoke wheels, the Himalayan gets 21 units up front while the Scram 411 gets a 19-inch front wheel. Both bikes get a 17-inch rear wheel.

The instrument console of the Scram 411 is a semi-digital unit, similar to that of the Meteor 350. The Tripper navigation system is an optional extra, but not standard equipment. The main instrument pod consists of an analog speedometer, as well as a digital display for fuel gauge, time, trip meter, odometer, and more.

The suspension system is the same on both bikes, consisting of a pair of 41mm front forks and a monoshock. At 200mm, the suspension travel on the front forks is higher on the Himalaya than on the 10mm Scram 411. Rear suspension travel is 180mm (wheel travel) on both bikes. The lighting system is the same on both, consisting of halogen bulbs for the headlight and indicators, as well as an LED taillight.

Shares of Supply@ME (SYME) jumped 33.3% after listing its 4-year note