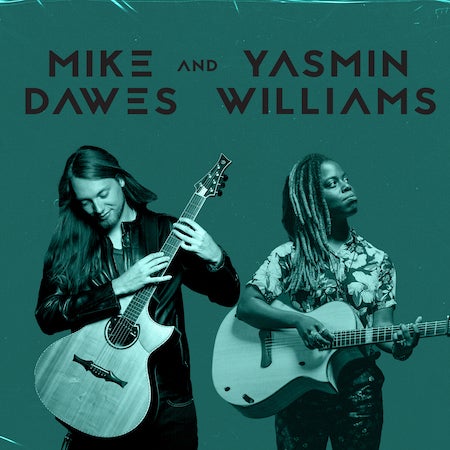 Settle in for rope stretches at Natick

You could get away with saying that one thing Mike Dawes and Yasmin Williams have in common is that they play fingerstyle acoustic guitar. But there are so many more connections between them and their music, it’s no surprise they’re playing a doubleheader at the Natick Arts Center.

Each is a guitar master and each has a unique, rather unconventional approach to presenting instrumental works. Dawes, based in England, is known for playing both lead, rhythm, bass and percussion parts, strumming, picking, stomping on guitar wood and foot tapping. Williams, a Virginia native, plays his guitar the traditional way, but often brings in alternate chords or puts his guitar on his legs for a few taps, sometimes even using a small hammer to strike the strings.

Funnily enough, although they both call the acoustic guitar their primary instrument, each started out with electric guitars. Dawes developed an interest in immersing himself in the sounds of the metal and progressive rock scenes (his first live gig was Iron Maiden), while Williams got into it after discovering the video game Guitar Hero 2. Their current acoustic playing is described as melodic, folk and pop, but each definitely has a mixed rock influence.

And their dedication to their craft has won them numerous awards. In 2017 and 2018, Dawes was named “World’s Best Acoustic Guitarist Right Now” by Music Radar and Guitar Year publications. In 2019, Williams won gold in the instrumental category of the Mid-Atlantic Song Contest. Each has also released two studio albums. Dawes are “What just happened?” and “ERA”; Williams are “Unwind” and “Urban Driftwood”.

They’ll be playing two separate sets at TCAN, but rumor has it that at recent gigs they’ve taken to sharing the stage for a few numbers.

The best events in town, delivered to your inbox