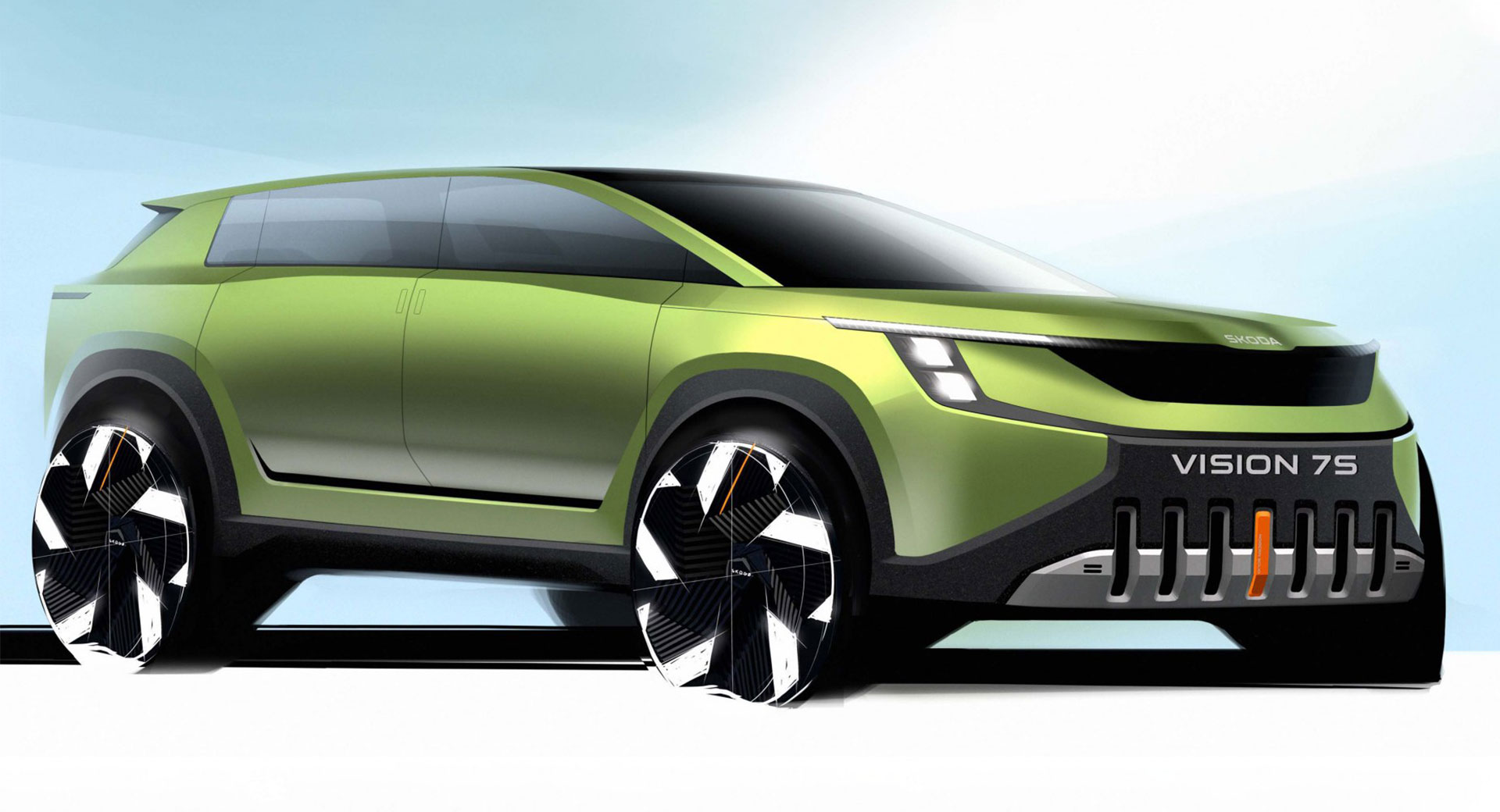 This is our first look at the exterior design of the Skoda Vision 7S concept car, taking the form of an all-electric SUV.

The Vision 7S concept car will debut a new design language for the automaker that features a bold front fascia with a wider and flatter, closed and darkened grille. Meanwhile, the bold headlights have been repositioned far to the edge of the vehicle and are complemented by LED daytime running lights which sit above the main lights, forming a T-shape.

The front bumper of the Skoda Vision 7S Concept Car is also particularly striking thanks to the seven vertically arranged air intakes, one of which is finished in orange. The lower apron also sports an aluminum underride protection.

Skoda also previewed the concept with a set of large silver and black wheels, cameras in place of traditional exterior mirrors, thick C-pillars and a roof-mounted twin spoiler. Key areas from the front are mimicked at the rear, including the T-shaped taillights and seven vertical air intakes. A similar aluminum guard is also found on the back.

These sketches were released a week after Skoda gave us a look inside the Vision 7S. The intriguing cabin will be dominated by a stand-alone portrait infotainment touchscreen. Skoda designers also outfitted the concept with a small digital instrument cluster, physical buttons for climate control, and a four-spoke steering wheel with a flat bottom and flat top. A three-row layout is also expected.

Skoda is expected to unveil the Vision 7S concept car on August 30. While it’s not yet known if it will spawn a production model, we do know that the “Modern Solid” design language it will debut is expected to be featured in the future. Skoda models.