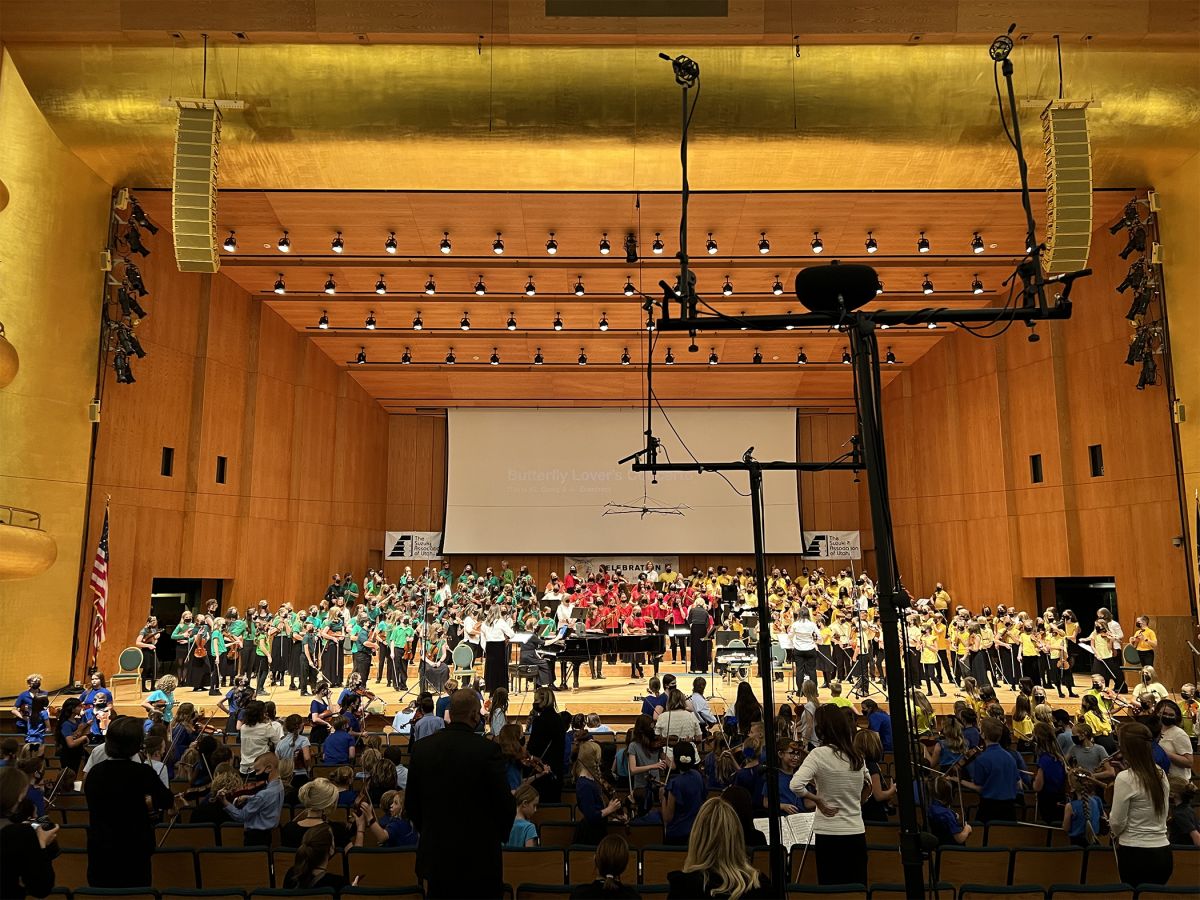 String Fever at SAU and DPA microphones capture it all

The concert was edited into 19 videos which were broadcast weekly as an immersive audio experience for the Landes’ 3.62 million YouTube subscribers, as well as those of the SAU page. To ensure ultimate sound quality, Fulwider chose DPA microphones. With such a large potential audience and the caliber of performance to consider, Fulwider has deployed a variety of DPA microphones, including the 4006 omnidirectional, 4099 HEART iinstrument, 5100 surround, 4011 cardioid, 4041 large omnidirectional diaphragm, 4015 wide cardioid, 4098 gooseneck and 2011 dual-diaphragm cardioid microphones, which were installed throughout the room or mounted on the instruments.

The essence of Dr. Shinichi Suzuki’s approach to learning a musical instrument is derived from how a child learns language, which he called “mother tongue.” From the recordings, the child becomes familiar with the Suzuki and other repertoires so that when the lessons begin around the age of three, his mind already knows the musical language, he will slowly begin to play on an instrument and even later will learn to read. As with spoken language, mothers play an important role in the teaching process and therefore receive instruction on the instrument and also learn to be patient and supportive. New skills and concepts are taught in small steps that a child can consciously master, and lessons only last as long as the child’s attention span lasts.