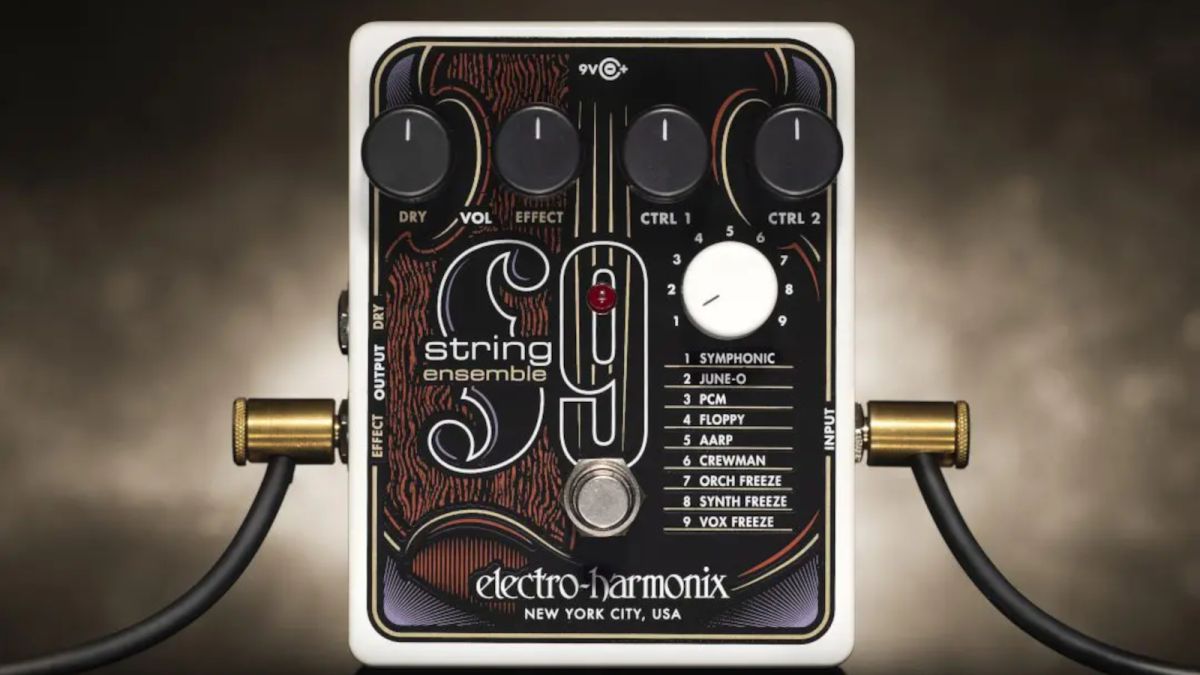 Take a bow with the new Electro-Harmonix STRING9 string ensemble

Electro-Harmonix has just expanded its line of popular 9-Series effects with a new pedal designed to emulate orchestral string and synthesizer sounds.

Being an experienced keyboard player himself, Electro-Harmonix founder Mike Matthews knows all too well the difficulties of transporting large, cumbersome instruments (or an orchestral string section of somewhere else !). STRING9 String Ensemble will be a welcome relief to many.

In addition to the unit’s separate dry signal and effect volume knobs, each of the nine modes (called presets and patches in the manual) has two controllable parameters. Depending on the mode, these will be different and are set using the Ctrl 1 and Ctrl 2 buttons.

The Symphonic mode is intended to reproduce the sound of the orchestral strings, with the lower strings triggering a sub-octave. Ctrl 1 acts as a pitch control here, while Ctrl 2 adjusts the sustain and release (in other words, how long it takes for the sound to fade out.)

June-O mode recreates the classic sounds of Roland Juno synths from the early 80s. In this case, Ctrl 1 provides pitch control and Ctrl 2 allows the user to choose from one of five octaves.

AARP mode emulates the sounds of the STRING9’s namesake, the ARP/Solina String Ensemble – a 70s polyphonic synth with a signature chorus effect. In this mode, Ctrl 1 toggles a small stone (opens in a new tab) sound on/off and adjusts phaser speed, while Ctrl 2 controls hold/release time.

In each case, the Freeze function can be set to automatic or manual using Ctrl 2.

As Freeze allows notes and chords to be held for longer periods of time, it can work very well for recreating string pad sounds.

The beauty of this pedal is that it works very well with a electric guitarso you don’t need to install any special pickups or modify the instrument in any way.

Visit Electro-Harmonix (opens in a new tab) for more information.