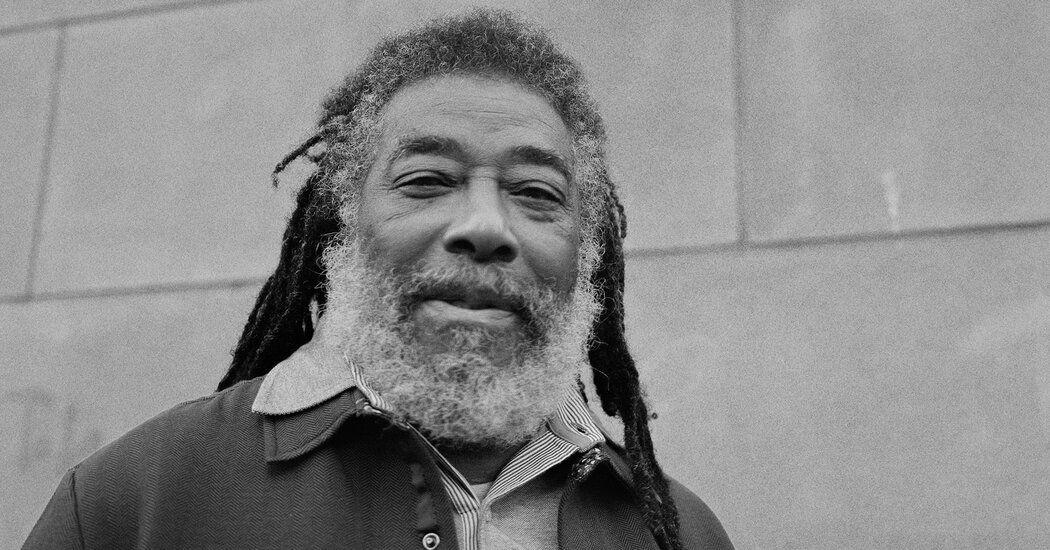 Wadada trumpeter Leo Smith has played an outsized role in American experimental music over the past 50 years.

His early writings on “creative music” – distinct from the classical and jazz traditions – proved influential to a wide range of artists in the 1970s, including pianist and opera composer Anthony Davis.

In recent years, Smith’s work has incorporated collaborations with pianist Vijay Iyer and indie-rock band Deerhoof. Another major project was his “Ten Freedom Summers,” an ambitious four-plus-hour sequel that traces the civil rights movement over an extended period, including sonic evocations of the Dred Scott case and the Jim Crow era. .

The string quartet writing in the suite — the recording on four CDs was a finalist for the Pulitzer music in 2013 – gave most listeners their first chance to hear his work in this vein, previously only found on a few low-key releases. “String Quartets Nos. 1 to 12”, a new set of seven CDs on the Finnish label TUMcompletes this story, revealing his sustained dedication to the format, dating back to 1965 and his String Quartet No. 1 (revised 1982).

In a phone interview from his home in New Haven, Connecticut, he described string instruments as being in a four-way tie as his “favorite instrument,” along with piano, drums and his beloved trumpet. “The other instruments you can give me or take away from me at any time.”

These pieces of strings rarely start at full throttle. Instead, Smith offers an idea contemplatively: a polyphonic passage, hum or melody that starts, stops and repeats with a slight but crucial change. Then these changes begin to proliferate and accumulate. Unlike stun gun experimenters, Smith has an intricate style that sneaks up on you and feels all the more delightful for his patient progress.

This style will be familiar to fans of Smith’s work with the Association for the Advancement of Creative Musicians (or AACM), a collective born on the South Side of Chicago in the 1960s. association, a means of extending the formal training of members. (During a stint in the military, Smith studied in a US military band program; he studied later at Sherwood School of Music and Wesleyan University.)

By the time he joined the collective in 1967, Smith was already an experienced string quartet composer. “I had already completed at least two versions of String Quartet No. 1,” he said. “When I arrived at the AACM, nobody had string quartets, not a single person. And my string quartet had a very big impact — even though no one ever heard it, because it was never played. But I showed it to people.

Much thought and revision went into the first quartet. “I wrote the No. 1 movement over and over for three years,” he said, “because that was my initial training in how to write and think about strings.” Also part of the training: the study of quartets by Debussy, Bartok, Beethoven and Ornette Coleman.

In the new recording of this first quartet, you can hear traces of Bartok’s advanced harmony and Coleman’s attack intensity. By the second quartet, however, Smith found his language mature and recognizable, particularly in rhythm.

Smith’s compositional voice and approach to group performance are so strong that listeners may struggle to unravel the sweeping stylistic entries. In the liner notes, Smith describes the inspiration of blues guitarists, like BB King and Muddy Waters, on his string writing.

“If people can’t hear that, I don’t understand what’s wrong,” he said in the interview with a laugh. “I can hear!”

How about his 1995 String Quartet No. 3, ‘Black Church’: Can the way the musicians tear through sequences of semitones be considered a tip of the hat to fast streaks of blues? on electric guitar?

“Yes, it’s a feeling of blues overtones,” Smith said. “Secretly, I say that this string quartet is a blues and a spiritual – at least the first movement.” But the second movement, he says, is about rhythm and repetition.

In his later string quartets, Smith doubled these repetitions. In his notated scores, he often puts parentheses over phrases in each string part, with numbers above a given parenthesis indicating methods of repeating the melodic material.

Although its five-line writing is idiosyncratic, it seems conventional to the image-based “linguistic scores” in its Ankhrasmation series. (The scores also serve as detailed artwork and have been featured in galleries.) Players use a “constructed key” of Smith’s design when interpreting and creating their symbol and color responses of each page. Some of his quartets require players to jump back and forth between traditional notation and the pages of Ankhrasmation, all in one motion.

Navigating this takes practice and dedication. And for decades, that meant there were surprisingly few performances of this music. Smith said he stopped approaching established quartets in 2000. But after taking a teaching job at the California Institute of the Arts in 1996, he found a group of talented young musicians in Los Angeles and the surroundings who were eager to learn their languages.

And violist Andrew McIntosh is also a composer whose music was recently performed at the Ojai Festival. McIntosh said Smith influenced his approach to songwriting. “I’m more willing to take risks with the way the material unfolds over time than I was five or ten years ago,” he wrote in an email.

Smith called the ensemble “the most advanced advocate and performer of my music, ever.” RedKoral’s recent live performance of String Quartet No. 10 – “Angela Davis Into the Morning Sunlight” – helped show how they achieved this.

Performed at Roulette in Brooklyn as part of this year’s Vision Festival, this rendition was slightly different from the recorded version. But the lyrical sentiment of Smith’s motifs was also immediately identifiable.

In an interview, Vijayan said Smith was rarely prescriptive when handing out new guidelines before a gig. Instead, she said, “It was always from a place of emotional inspiration. ‘What’s the feeling behind all this tonight?’ And it could be different every night.

This well-drilled flexibility allows the group to manage the Bartokian language of the first quartet as well as the blues overtones of the third. Quartet No. 11, the 100-minute opus that takes up two discs in the box set, seems to be a summary of players’ ability to absorb whatever Smith can throw at them.

The second movement, dedicated to Louis Armstrong, is a multicolored three-page Ankhrasmation score. It omits a traditional staff, but features repetitive structures. Its last page indicates a chord in a low string range. The instructions in parentheses specify that this chord should be played six times, before a rest. Then four times (with another rest after). And finally five more times. This gives a dramatic and gripping climax.

The next movement, dedicated to Smith’s mother, is more traditionally notated — and offers the enigmatic complexity that Smith constructs from motivic repetition.

Smith’s sound is omnipresent in these performances. And his trumpet joins the mix of String Quartet No. 6 (one of four in the set that includes guest musicians). There, RedKoral responds to the virtuosic changes in instrumental color and dynamics of the trumpet with an intimate, collaborative intelligence.

“My trumpet playing – my drawings and the construction of Ankhrasmation pieces – it all goes into expressing who I am,” Smith said. “All my works express precisely who I am.”