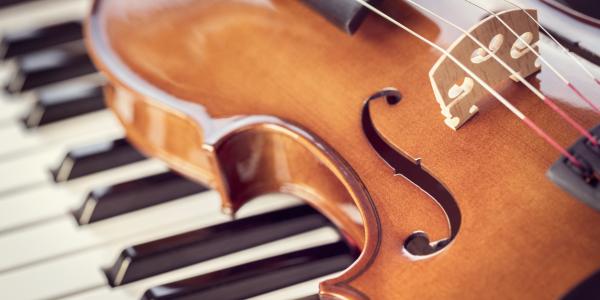 The number of pupils in Scotland learning a musical instrument has fallen by nearly 5,500 since 2016-17, with councils blaming “”increased loads and reduced teaching capacity due to financial constraints ”for the fall, according to the annual survey of municipal instrumental music services.

Last year, the number of students receiving instrumental music lessons from the board hit its lowest level since 2012-13, when the Improvement Service’s annual survey began.

During each of the first five years of the survey, the number of students studying an instrument increased from year to year. However, the numbers peaked at 61,615 in 2016-17 and fell over the next three years, reaching 56,198 last year. – the lowest level recorded.

Coronavirus: “Music will be essential to the recovery after Covid-19”

Opinion: The power of music to rebuild school communities

The report adds that there were big fee increases in 2017-18, which partly explains the drop – but it says there has been a drop in the number of music instructors as well, with numbers full-time equivalents down by over 40 in two years, impacting boards’ ability to teach.

The report also points out that due to school closures in 2019-2020, many authorities have reimbursed tuition fees.

For 2020-2021, only four of Scotland’s 32 local authorities have increased group lesson fees, a comparatively lower percentage than any previous iteration of the survey. These four local authorities all increased fees by 3 percent of the previous year’s tuition fees, ranging from £ 4 to £ 9 in cash during the academic year.

The authority with the most expensive courses this year is Clackmannanshire, where the annual fee is £ 524 for group courses, more than double the average board fee of £ 236.46. The authority introduced the higher rate in 2018-2019 and since then the utilization rate has decreased by around 30% from 432 students in 2017-2018, the year before the higher rate was introduced. , to 299 last year.

However, the report states that the 25 local authorities who charged for instrumental music lessons in 2019-2020 also offered some form of concession to low-income families and students with qualifications from the Scottish Qualifications Authority (SQA).

Instrumental music is a discretionary service provided by all local authorities in Scotland and is separate from the music curriculum taught in the classroom.