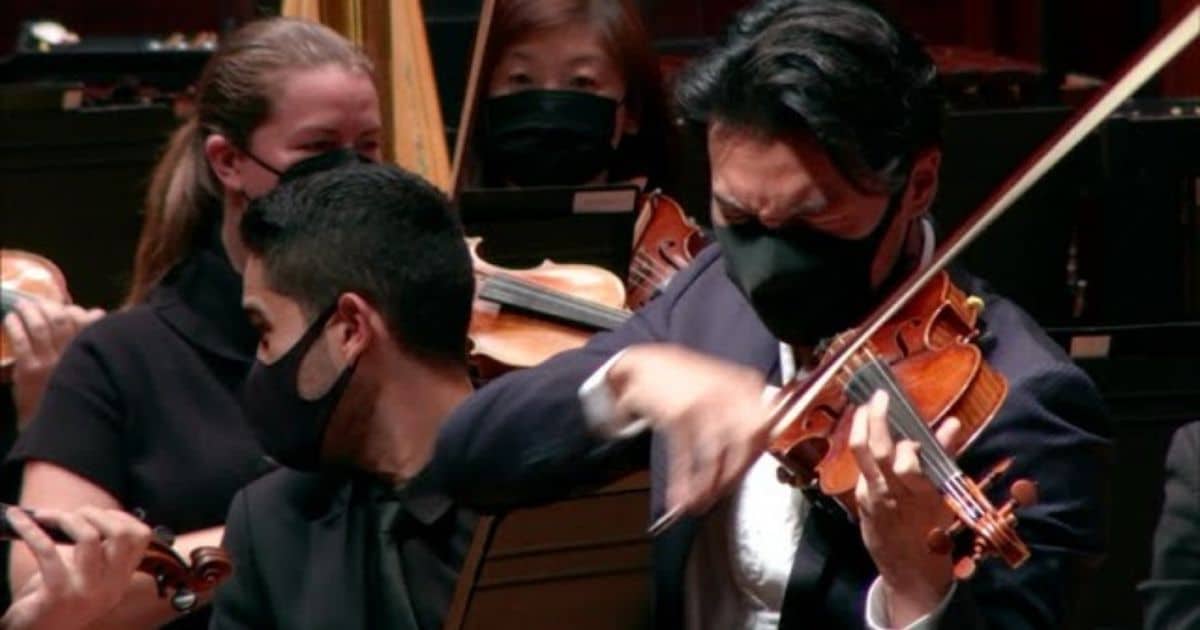 The soloist plays the violin with a broken string halfway through

Have you heard the saying “The show must go on?” A very devoted violinist, Ray Chen, recently summed up the epitome of this statement. Known for his passion and energy, Chen turned what could have been a potential disaster into an enjoyable moment for all onlookers alongside the Seattle Symphony.

While on stage at Benaroya Hall performing his solo from Tchailkovsky’s Violin Concerto, one of his violin strings suddenly snapped. Chen’s face mask couldn’t hide his surprise when he unexpectedly broke his E string with his zealous violin bow. It can be a stressful situation during any performance, but Chen continued to play momentarily and cast a quick glance at bandleader Ludovic Morlot, before seamlessly swapping instruments with a nearby violinist.

Chen calmly performed as the audience applauded. Meanwhile, violinist Mae Lin was tending to her violin. During a break in the soloist’s performance, Chen briskly crossed the stage to hand Lin an extra E string he was carrying – the thinnest string with the highest tension.

Chen only had to use the alternate violin for one movement before reuniting with his own Stradivarius violin to complete the rest of the concerto, thanks to Lin’s quick onstage repair. Chen paid tribute to conductor Morlot and the members of the symphony orchestra for their ability to come together and sustain the performance without missing a beat.

“Welp. It happened again folks. I don’t really know what I did to piss off the string gods, but it was a spectacularly awkward, yet exciting, time to break an E string! Special thanks to the quick thinking of the Seattle Symphony, Ludovic Morlot and Benaroya Hall,” Chen said.

Scroll down to watch Chen’s performance where he wowed the crowd when he broke his violin string in the middle of his solo.

Violinist Ray Chen continued to play during a stressful situation while performing his solo.

All images via Ray Chen.