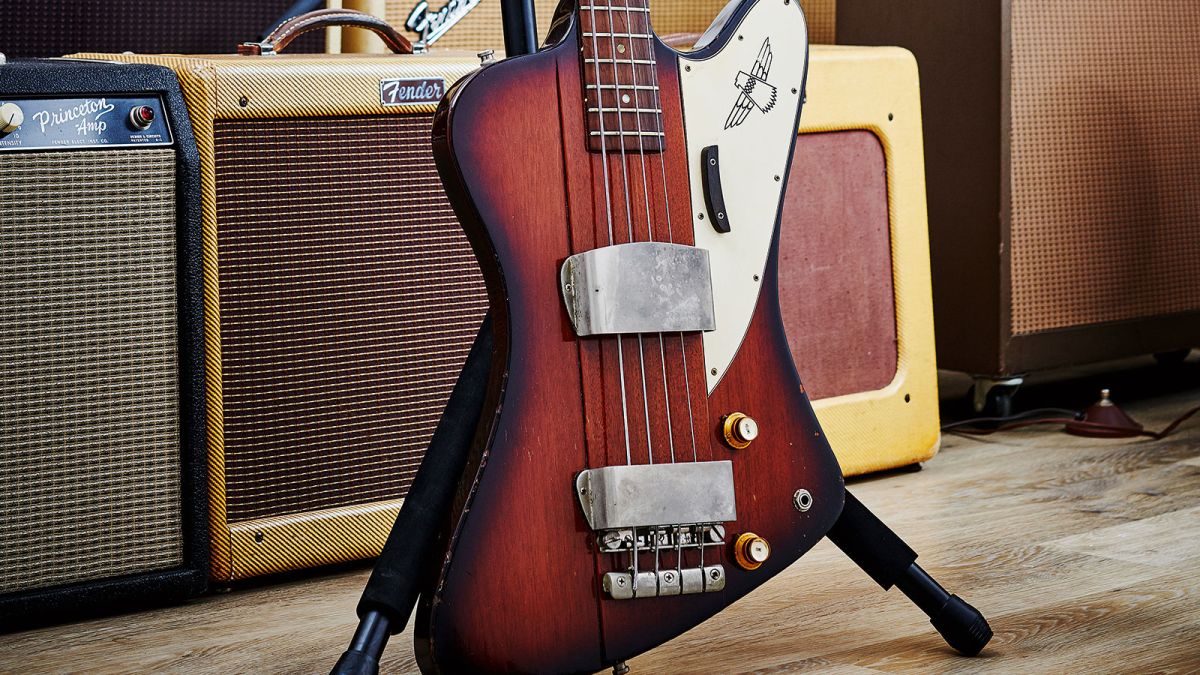 The story of Gibson’s Thunderbird – the delicate, challenging yet brilliant design that modernized the bass guitar

Announced in the spring of 1963, Gibson Thunderbird bass guitars originally came in two distinct models: the single-pickup Thunderbird II and the two-pickup Thunderbird IV. There were no Model Is or IIIs, but the II and IV designations were conveniently placed between their six-string siblings, the Firebirds (Models I, III, V, and VII).

All six appeared together as a series meant to modernize Gibson’s solidbody line. The company had attempted something similar in 1958 with the release of the “modernist” Flying V and Explorer, although production was discontinued the following year.

In the early ’60s, Fender led the pack with their colorful, fashion-forward designs. The 34-inch-scale Precision and Jazz Basses were unprecedented hits that turned the music world upside down, while their custom automotive-influenced color chart and less traditional shapes spoke of the zeitgeist.

Instrument builders have openly referenced the names, finishes and geometry of hot-rod culture. It was an immediately identifiable phenomenon in a burgeoning electric guitar industry that stretched from coast to coast – notably Fender in the West and Gretsch in the East.

If Gibson was to follow, he had to react. And what better way to get back to the drawing board than with a real car designer? Well, that was the idea behind the first set of Firebird/Thunderbird designs anyway when Gibson hired Raymond Dietrich. It turned out that these so-called “inverted” guitars proved to be particularly difficult and expensive to build.

Indeed, Gibson still maintains that the reverse ‘Bird is one of the trickiest to produce. And while a laminated construction through the body provides great stability and tonality, inverted Thunderbirds are particularly prone to headstock breakage (aka Firebird disease) – a problem exacerbated by the instruments’ heavy Kluson tuners.

The Reverse Thunderbirds, it seems, were doomed from the start. Sales were disastrous. And with Fender claiming patent infringement of its Jazzmaster body style, Gibson was further prompted to overhaul the entire line.

Interestingly, however, the “non-inverted” design that followed – a virtual mirror image of the inverted counterpart – appears much closer to the Fender offset in body and headstock profile. It seems reasonable to assume that the Fullerton company was sufficiently distracted by its takeover of CBS in 1965 not to intervene.

Either way, the revamped Thunderbirds arrived that year with glued-on collars. As before, the II and IV were structurally identical – the main difference being the pickups and electronics (the IV sported an additional volume knob depending on its second pickup).

Since its inception in ’63, one of the line’s main selling points was Gibson’s all-new custom color chart, and those options extended through the second half of the ’60s.

Alas, the Thunderbirds were not deemed popular enough to remain in production beyond the 1960s, and with sales declining towards the end of the decade, manufacture ceased in 1969.

Six figures on the back of the doll

The evolution of the Gibson Thunderbirds