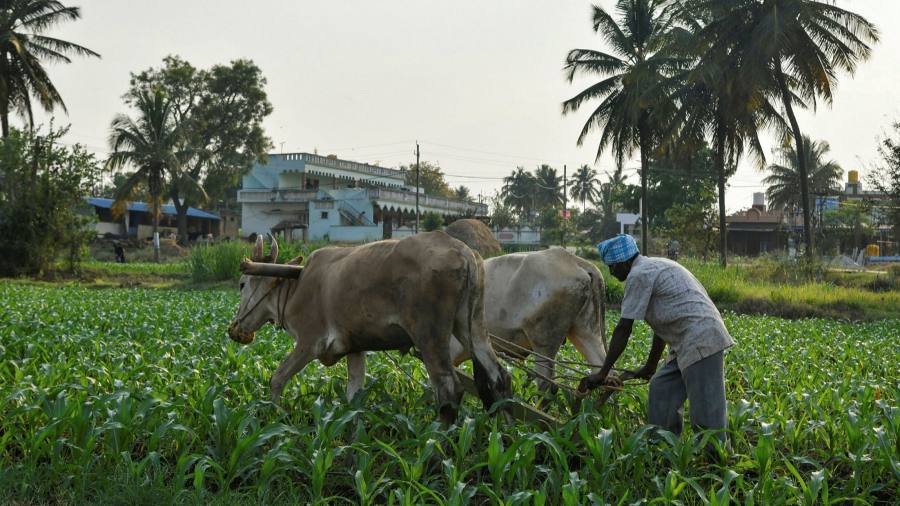 There are no atheists in foxholes, and there are no subsidy hawks in a supply chain crisis. A crunch in semiconductor production, a food shortage, a general feeling that the global trading system is unreliable: suddenly the tax valve is open and public money begins to flow.

After spending several years trying to craft new rules to restrict trade-distorting industrial subsidies (obviously aimed at China), advanced countries have instead undermined their own arguments by lining up lavish handouts of their own. The US and EU each have their own chip laws to encourage semiconductor production, with a combined goal of increasing government spending by around $100 billion, after major spending programs from Japan, South Korea and Taiwan. After years of trying to use the World Trade Organization and other forums to inoculate economies against the subsidy disease, Washington, Brussels and Tokyo have caught the virus themselves. The Global Trade Alert monitoring service indicates that even before the pandemic, 62% of global merchandise trade was in products and traveled along trade routes where subsidized US, Chinese and European companies compete: the number of subsidy programs does not has only increased since.

The EU and US insist that their semiconductor subsidies will comply with WTO rules. But even if a subsidy is legal, that doesn’t mean it’s wise. The surge in spending could have been a good time to review and tighten the rules of the WTO: it was not taken.

Meanwhile, the global guardians of probity are alarmed enough to have taken collective action. The World Trade Organization, OECD, IMF and World Bank recently released a joint report on using international cooperation to limit distorting subsidies. He rightly admits that clear definitions and unchallenged taxonomies are elusive. Many grants make good sense, even save the planet, but the exact design is very important. Paying households to install solar panels, which in effect offsets the benefits of saved carbon emissions, is entirely justifiable: shelling out money to increase household solar cell production is less so.

The problem right now is that crises have a knack for making bad subsidies look good, at least in the short term. India, for example, backed by other developing countries, has for years been at odds with rich countries at the WTO over its support for farmers. The government buys cereals, especially rice and wheat, above market prices and places them in public stocks, part of which it distributes at low prices to households. So far, so heavy, compared to simple family income support. But also relatively undistorted international trade as long as the shares are not sold overseas. If they do, the government purchases start counting as an illegal export subsidy.

Yet there is currently a shortage of wheat in food-importing countries, particularly in Africa, due to disrupted sales from Ukraine and Russia. India has made hay, so to speak, with the argument that it would like to sell its stocks abroad, but the WTO prevents it from doing so. In the longer term, it makes a lot of sense to encourage efficient and competitive production and sustainable food security rather than creating periodic gluts through distorting subsidies. But presentation-wise, it seems odd that India would keep food out of the global market in times of crisis just to stick to the written rules for normal times. (To be fair, it would help if India accurately reported its subsidies, as required by the WTO transparency guidelines.)

It is the same for agriculture as for industrial subsidies: few are the big players innocent enough to take a position of principle. Both the EU and the US have increased their own domestic agricultural subsidies in recent months and years. In the EU’s case, its recent surge to increase production is a reasonably reasonable short-term response to the global food crisis, and its planned spending remains well within WTO legal limits. But the US has been shelling out vast production-distorting subsidies for years to shield its farmers from the effects of Donald Trump’s US-China trade war, and before that it has a long history of dumping agricultural surpluses on markets. worldwide in the name of humanitarian aid.

Fisheries face the same problems. WTO members are trying to negotiate cuts to fishing subsidies that are draining the oceans of life. Again, India is trying to exempt itself and other developing countries from the new rules. But the EU in this case has its position in the debate undermined by its own willingness, under pressure from Spain and France, to cling to fuel subsidies for long-distance fishing boats.

In the face of all this, the idea of ​​effective international restraint to prevent trade-distorting subsidies remains, like the Spanish trawlers, well beyond the horizon. It is unlikely that there will soon be a meaningful WTO agreement on fisheries or agricultural subsidies. The EU and US promise to use the bilateral Transatlantic Trade and Technology Council to coordinate – or at least be transparent about – their semiconductor production subsidies. But realistically most of the restraints will come from unilateral means via traditional anti-subsidy rights or perhaps the EU’s new ‘Foreign Subsidies Instrument’ which effectively extends EU restrictions on domestic state aid. foreign companies competing in the EU single market.

What finally stops the spirals of production subsidies? After the industrial interventions of the 1970s in wealthy economies, it was governments that ran out of money and a clear sense that handouts had not worked. So mark your calendars for, say, a year or two from now, when government borrowing will likely have become more expensive, the pressure on government spending in rich countries more acute, and the billions invested in semiconductor production seem less strategically brilliant. Until then, it’s a matter of hoping that at least some of the public money lands on fertile ground.

How to Succeed in Design Patent Cases at PTAB