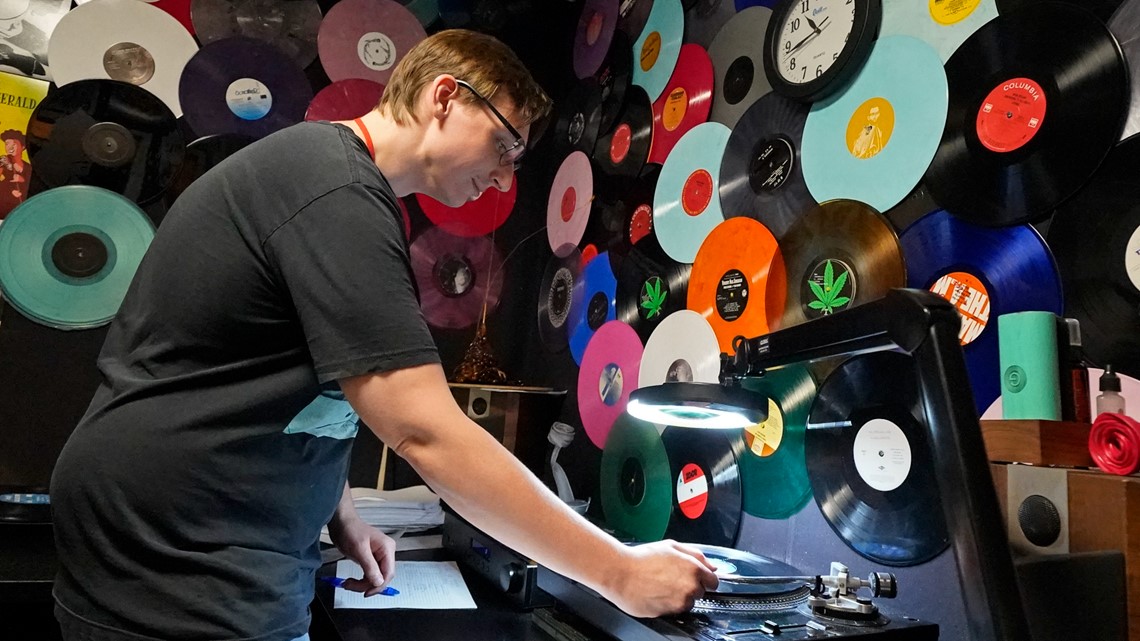 Dozens of record pressing plants have been built in an attempt to keep up with demand in North America – and it’s still not enough.

Dozens of record pressing plants have been built in an attempt to keep up with demand in North America – and it’s still not enough.

The industry “has found a new gear and is accelerating at a new pace,” said Mark Michaels, CEO and president of United Record Pressing, the nation’s largest record producer, in Nashville, Tennessee.

Demand for vinyl records has been growing by double digits for more than a decade, and mass merchants like Target were bolstering their selection of albums just as the pandemic brought a surprising jolt. With music tours canceled and people stuck at home, music lovers started buying record albums at an even faster rate.

Revenue from record album sales grew 61% in 2021 — and hit $1 billion for the first time since the 1980s — far outpacing growth rates from paid music subscriptions and streaming services like Spotify and Pandora, according to the Recording Industry Association of America.

But nostalgic baby boomers who missed flipping through record albums at their local record stores helped fuel a resurgence in vinyl that began about 15 years ago.

It coincided with the launch of Record Store Day to celebrate independent record stores, said Larry Jaffee, author of “Record Store Day: The Most Improbable Comeback of the 21st Century.”

These days, however, it’s not just baby boomers.

A younger generation is buying turntables and albums — and cassettes too — and a new generation of artists like Adele, Ariana Grande and Harry Styles have gone to vinyl, Jaffee noted.

In Pittsburgh, taxi driver Jamila Grady is too young, at 34, to remember the golden age of record stores.

But she finds the records irresistible. She’s created wall art from some of the album covers for nearly 50 albums she’s purchased since 2019, starting with Beyoncé’s “Lemonade.” She admits it’s an indulgence since she already listens to music via Soundcloud, Apple Music and Pandora.

“For record players, there’s something so beautiful about picking up the record, putting it on the paymaster, and dropping the needle,” she said.

Manufacturers had to start almost from scratch.

There are now about 40 factories in the United States – most of them smaller operations – but challenges remain.

Starting a new pressing plant isn’t easy because there are only a handful of companies – none in the United States – that make record pressing machines. These machines are also out of stock.

People can debate sound quality, but it comes down to emotional reaction, not technical specs, said Bob Ludwig, a multi-Grammy winner who started Gateway Mastering Studios in Portland, Maine.

A friend who listened to Ludwig’s remastered version of Queen’s “Night at the Opera” called it “superb” and “electric”.

“I love the vinyl experience. Everything. For me, there’s an electrifying sound when I play records that I don’t feel digital,” said Mark Mazzetti, an independent A&R executive who worked for Sting, Janet Jackson and others at A&M Records.

No one knows the ceiling for record growth due to limited supply, said Chris Brown, vice president of finance at Bull Moose Records, a New England record chain.

New releases often fail to keep up with demand, and restocks take even longer, leaving little room for lesser-known eclectic albums, he said.

“Part of the fun of collecting records is being surprised,” he said. “But mid-level stuff is not printed, or there is a long wait.”

Record producers are gathering this week in Nashville for their annual business event called Making Vinyl.

People at the company are excited about the growth, and it’s almost like “printing money” for manufacturers as sales soar to new heights every year, said Bryan Ekus, president of Making Vinyl.

No one knows how long the race will last, so there’s a feeling that “we should be making hay while the sun is shining,” Ekus said.

In Nashville, United Record Pressing was started in 1949 and never stopped churning out records. It is currently in the midst of a $15 million expansion that will triple its capacity by the middle of next year.

Michaels can’t help but wonder how long double-digit growth can be sustained, but he says he’s optimistic about the future.

It’s both heartening and good for business to see high school kids and young adults taking an interest in records, he said.

“I believe in music and I believe in the importance of music in people’s lives. I don’t think that’s changing,” he said.

The Chief Medical Officer has a new string to his bow – Connacht Tribune – Galway City Tribune: